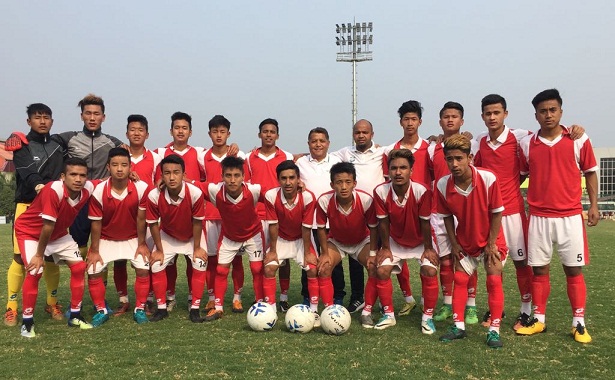 Sikkim lost to Nagaland in the semi-final match of the ongoing Dr T Ao Memorial U-21 Football Tournament 2018 at Guwahati in Assam on Tuesday. Nagaland won the match by 3-0.

Sikkim will now play the third place match tomorrow against the loser of the second semi-final match between Assam and Meghalaya to be played late this evening.

Speaking over the phone from Guwahati, Sikkim Team Manager, Arjun Rai mentioned that although Sikkim players played a wonderful game they could not net any goal throughout the match.

It has to be mentioned that in the qualifying round Sikkim lost its first match against Meghalaya by a solitary goal and got walkover in its second match as Mizoram failed to turn up in the tournament.

An 18-member Sikkim  squad accompanied by Suren Chettri as Team Coach and Arjun Rai as Team Manager is in Guwahati for the Dr T Ao Memorial U-21 Football Tournament 2018 in Guwahati.