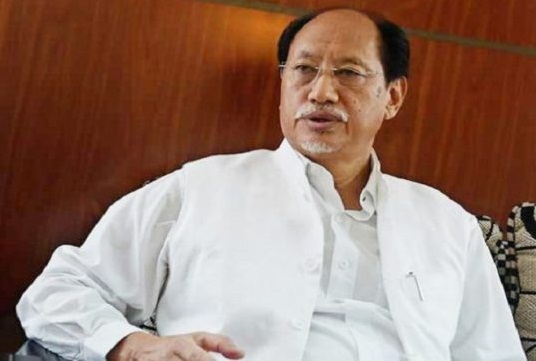 Perturbed over exclusion of more than 19 lakh people in the final National Register of Citizens in Assam, the Naga Students Federation (NSF) on Monday slammed Nagaland government for its failure to implement the inner line permit (ILP).

Taking a swipe at the Neiphiu Rio government for its inaction in implementing the ILP in Dimapur, the NSF said government has allowed the district to flourish as the floodgate of illegal immigrants.

NSF president Ninoto Awomi and general secretary Liremo Kikon in a statement said influx of non-locals and illegal immigrants to Nagaland is expected to sharply increase in the coming days.

It reiterated that poorly enforced ILP regime in Nagaland and the impending exodus of illegal immigrants from the neighbouring states is posing as the biggest threat to the indigenous inhabitants of the state.

The federation said lack of stringent implementation of the Bengal Eastern Frontier Regulation (BEFR) 1873 and the exclusion of Dimapur district from the purview of ILP have made Dimapur district a safe haven for the illegal immigrants.

It added there is an imminent threat to the Naga indigenous inhabitants being outnumbered by the illegal immigrant populace via Dimapur district.

The federation said it is of paramount importance for the state government to exercise strong political will and immediately implement the ILP in Dimapur district.

It demanded that the state government enforce stringent check of ILP at all the check gates and the state police impose strong punitive measures on defaulters.

The NSF said it has been extensively conducting verification of ILP holders in various districts in the past many years.

However, it said, the lapses and the lack of sincerity within the state government in the implementation of ILP in the state in its entirety has done irreparable damage to the cultural, economic and demographic aspects.

The Central Nagaland Tribes Council has expressed apprehension about arrival of these excluded people in the state.

In a statement, the council urged the state government to take preventive measures immediately because those immigrants, who did not made it to the final NRC list, would try to infiltrate into Nagaland and get a foothold.