Monsoon likely to advance in Northeast 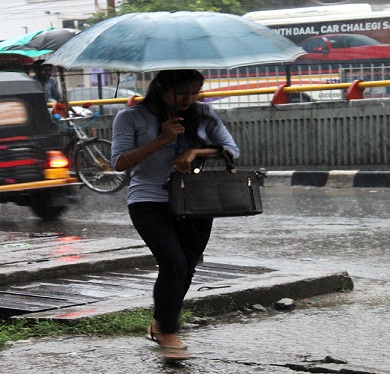 Monsoon is set to advance into some parts of the north-eastern states including Sikkim along with West Bengal and Odisha.

This was informed by the Met department on Sunday.

It is because of the likely formation of a low pressure area over east central Bay of Bengal by Tuesday.

The metropolis and several south Bengal districts were lashed by moderate rain on Sunday afternoon, bringing in relief from the scorching summer heat, which hovered between 37 degree Celsius and 40 degree Celsius in different places in the region.

Some areas in the city were waterlogged due to the rain.

The weatherman in its forecast said that rain or thundershower will occur at a few places in south Bengal districts for the next three days, following which it is likely to occur in many places of the state.