This chowkidar has brought NRC and Citizenship (Amendment) Bill to drive out infiltrators: Modi 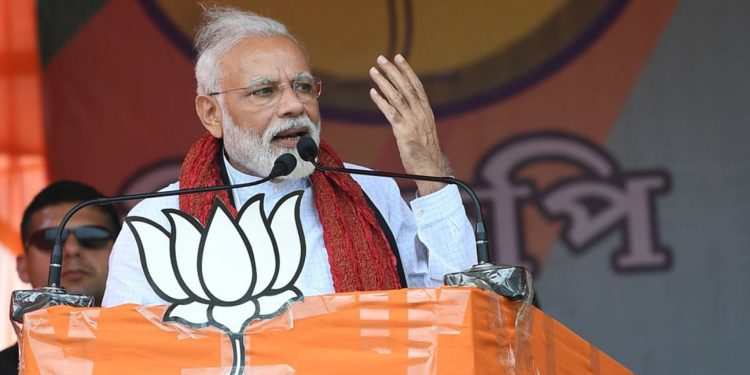 Prime Minister Narendra Modi once again voiced for the controversial Citizenship (Amendment) Bill, 2016 during an election campaign rally at Cooch Behar in West Bengal on Sunday.

According to reports, Prime Minister Modi said this while addressing an election rally in Cooch Behar district on Sunday afternoon.

Modi said, “Didi has betrayed the country by giving protection to the intruders. This chowkidar has brought NRC and Citizenship (Amendment) Bill to drive out infiltrators. But Didi with her ‘Mahamilawati’ colleagues are trying to stop the government from pursuing them.”

It may be mentioned that although the Bill was passed in the Lok Sabha on Januaey 8, 2019, it lapsed in the Rajya Sabha due to massive protests across the Northeast.

“Our effort was to provide protection to the children of Mother India, who have faith in the country,” said Modi alleging Mamata of trying to mislead people through lies.

Notably, Mamata Banerjee in Dhubri said that the NRC and Citizenship (Amendment) Bill are “two lollipops” of the BJP to fool the people of Assam.