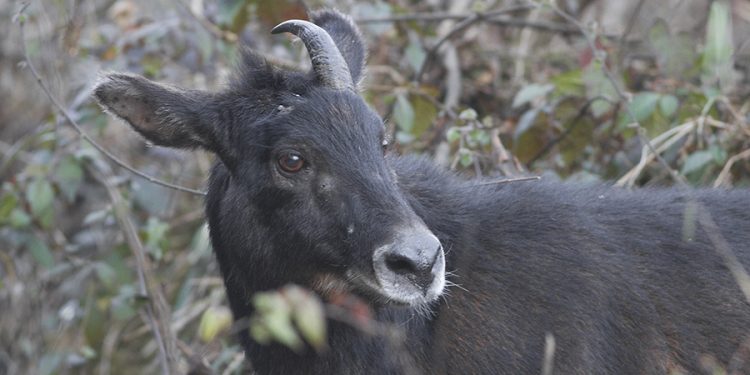 The poachers were arrested on Wednesday by Kulikawn Police after a video of killing a serow went viral on social media.

Serow is the State animal of Mizoram and a schedule I animal.

The arrested poachers have been identified as PC Zomuankima and Lungtiawia of Phulpui village under Kulikawn police station on the outskirts of Aizawl.

They were arrested on the basis of a complaint lodged by Association for Environment Protection (ASEP) president Lalmuansanga with Kulikawn police station.

Lalmuansanga said that on Tuesday night, he received a video of a person firing and injuring a serow and another man shooting the video.

He posted the video on the association’s Facebook page, which went viral, triggering a public outrage.

“I appreciate the prompt police action. The association demands strict action against the criminals,” he said.

In the video, Lungtiawia could be heard speaking about how they wounded the animal, which was sitting helplessly behind a bush in front of them as his friend aimed his gun at it and shot from point blank range.

Killing of serow invites minimum imprisonment for three years and a fine of minimum Rs 10,000.