The Mizoram Government has also decided to operate buses between the State and neighbouring States of Manipur and Tripura. 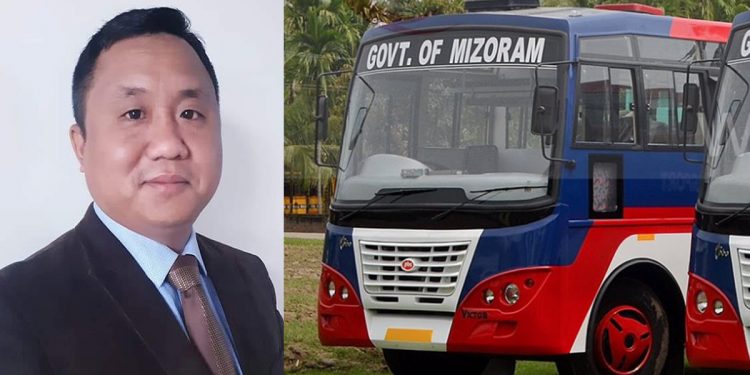 The Mizoram Government is yet to receive an approval from the Union Ministry of External Affairs to operate buses between Mizoram and Myanmar.

This was informed by Mizoram Transport Minister TJ Lalnuntluanga.

Mizoram Transport Minister TJ Lalnuntluanga informed the State Assembly that the Mizoram Government has approached the Centre for launching a bus service between Aizawl and Tahan in Myanmar.

Lalnuntluanga said that the State Government is still waiting for a response from the External Affairs Ministry.

Lalnuntluanga said that the Mizoram government has also decided to operate buses between the State and neighbouring States of Manipur and Tripura.

He said that bus services will be launched between Aizawl and Churachandpur town in Manipur and Kanhmun in Tripura.

He informed the State Assembly that a draft reciprocal agreement has been submitted to the Manipur Government as per the latter’s request and approval is awaited.

“A proposal has also been submitted to the Tripura Government for the bus service and approval is awaited,” he said

“The process could not be expedited due to the spread of COVID-19,” Mizoram Transport Minister stated.