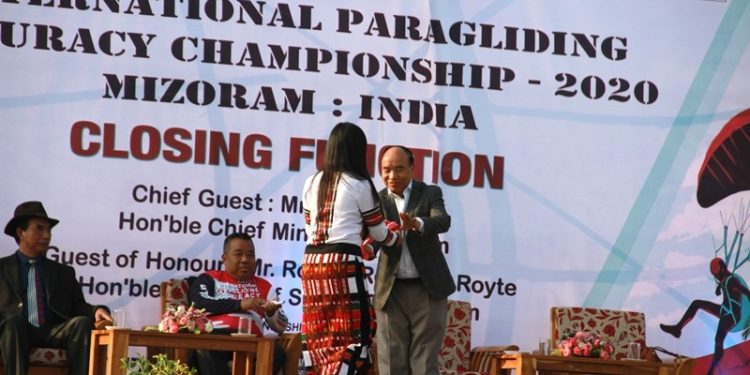 Zoramthanga expressed his gratitude that the sporting event, the first of its kind to be hosted by Mizoram was concluded successfully.

He hoped more events of similar kind will take place in the future with even greater participants, especially from the youths in the State.

He thanked the Mizoram Aero-Sports Association and the organizing department as well as the cooperation received from the people of Serchhip making the championship a success.

Tourism minister Robert Romawia Royte, who was the guest of honour at the closing ceremony expressed hope that more paragliding competitions of much grander scale will continue to be held at Serchhip in the future.

During the three day event, which saw 23 participants, South Korea won the first prize in both men and women categories and also stood first in the team competition.

The first prize carried a cash award of 2000 euros, while second prize carried 1500 euros and third prize 1300 euros in both the categories.