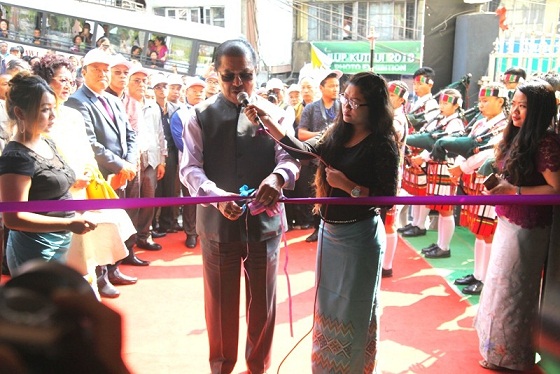 NLUP is the congress’s flagship programme launched in September 2011 to provide sustainable development to farmers and manual labourers.

Inaugurating the festival, Lal Thanhawla said the main objective of the festival is to commemorate the effective implementation of the project by beneficiaries.

Citing the objective of the project, he said it aims at bringing sustainable development in the state and providing startup for agricultural and manual labourers. “One of the main objectives of NLUP is to wean away traditional practice of jhum cultivations in the state,” he added.

According to Lal Thanhawla, the NLUP project is gaining wider popularity and has received support from different quarters including the central government and United Nations Organisation (UNO), which has opened its branch office in Aizawl to study the project.

“Impressed by the success of the implementation of the flagship project, America’s University of Minnesota has signed Memorandum of Understanding with Mizoram University to collaborate with the Mizoram government,” he said.

He said the Centre has allocated Rs 2,813 crore against Rs 1500 crore sought by the state government, for the initial implementation of the NLUP project.

Lal Thanhawla also expressed hope that Mizoram would soon achieve a paradigm shift from subsistence economy to market economy with the help of the flagship project.

He said the state government has launched New Economic Development Policy (NEDP) to supplement and compliment the NLUP project.

The festival serves as a fair-cum-exhibition for beneficiaries of the flagship programme. During the four days flagship festival which will conclude on Friday, various products of successful beneficiaries like rice, jaggery, fruits, vegetables, silk, dairy products and local-made machines will be showcased which will be sold at lower rate than market price. Besides, ten NLUP line departments will also displayed their various activities.

According to officials, at least 1.3 lakh families have so far been assisted under the flagship programme and measure is underway to cover 16,000 more families across the state.

The chief aim of the NLUP is to develop and give all farmers in the state suitable, permanent and stable trades.  The Policy also aims  at giving all the village farmers self sufficiency in rice, vegetables and give them  help in money with necessary guidance.