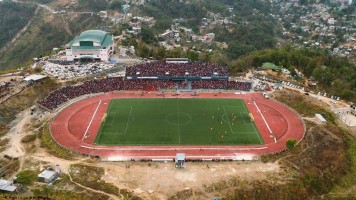 Aizawl Sports Academy at Rajiv Gandhi Sports Complex is included in the list of eight venues in the country that are being selected for setting up of Khelo India State Centre of Excellence.

Robert Romawia Royte has conveyed his sincere appreciation of the new initiatives made by the Union Youth Affairs and Sports Ministry under the able leadership of Kiren Rijiju, union sports minister for selecting Aizawl to be one among the first eight centres of excellence as proposed earlier.

Robert Romawia Royte had apprised the meeting that with the assistance from the Central Government the initial focus will be on boxing, weightlifting and judo.

Later on, other disciplines will also be accommodated in this centre.