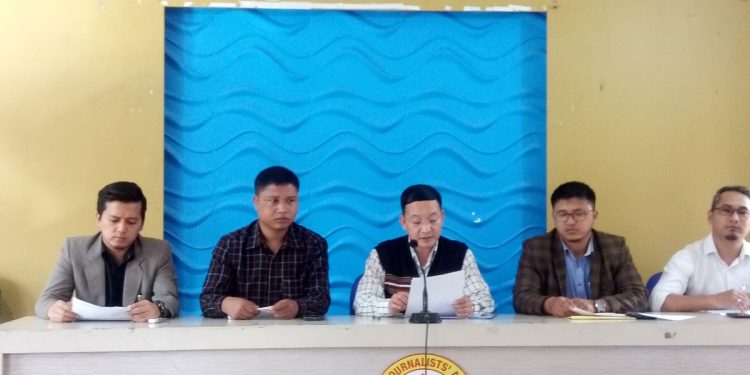 Mizoram Congress on Thursday came down heavily on the ruling Mizo National Front (MNF) government headed by chief minister Zoramthanga over deferment of payment of parts of employees salaries at a time when the government was reportedly to have received sufficient funds from the Centre to fight Covid-19.

The party also asked the State Government to stop the process of deferment.

Speaking to reporters at a press conference here on Thursday, Congress spokesperson and media department chairman Dr Lallianchhunga said the government has began deferment of gross salaries of government employees for three months with effect from June under the pretext of alleviating and easing the financial constraint caused by the spread of novel coronavirus in the State.

He said the government is hoping to save Rs 90 crore by deferring payment of employees salaries for three months.

According to the Congress leader, the state government has continuously received grants and taxes, which it should receive from the Centre and also received its own tax and non-tax revenues.

According to him, the State Government received Rs 55.7 crore from the Centre exclusively for fighting the COVID-19 crisis.

“As the government received enough funds from the Centre to fight Covid-19 and the number of Covid-19 cases are declining, deferment of payment of employees salaries is no more necessary and hence the process should be stopped and employees be repaid with immediate effect,” Lallianchhunga said.

According to RTI reply, the state sports council awarded seven contracts worth Rs 8.25 crore to MNF party workers during lockdown, he said.

“It is to our utter shock that the government was awarding contract works that valued crores of rupees while deferring payment of parts of gross salaries of government employees under the pretext of dealing with the economic fallout of Covid-19,” he said.

“The government should refund the deferred salaries if it was misused for awarding contracts to party workers in view of upcoming elections to Aizawl Municipal Corporation, village councils and local councils,” he added.

Officials could not be contacted over the deferment and allegations.