The money will be released very soon: CM Zoramthanga 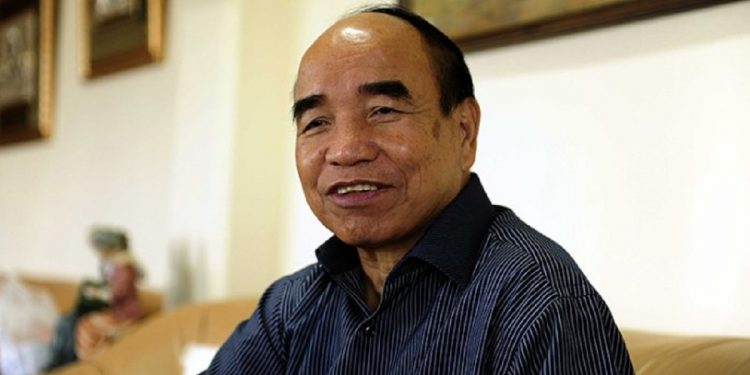 Mizoram chief minister Zoramthanga on Tuesday said his government has sanctioned money for the purpose of relief to be provided to Myanmar people, who have taken refuge in the state.

During an interaction with leaders of Central Young Mizo Association (CYMA) over provision of relief to the Myanmar nationals, CM Zoramthanga said that the state government has already allocated fund for the purpose, the statement said.

The money will be released very soon, he said.

The chief minister also told CYMA leaders that his government will continue to take efforts to provide relief to the Myanmar people, who seek refuge in the state, on humanitarian grounds.

He also informed the leaders that the state government has already urged the Centre to provide asylum and relief to the Myanmar nationals.

In March, Zoramthanga had written to Prime Minister Narendra Modi seeking asylum and relief for the Myanmar people, who took refuge in Mizoram.

He had also urged the Centre to review its order directing the four northeastern states- Mizoram, Manipur, Nagaland and Arunachal Pradesh to prevent illegal influx of people from Myanmar and to deport them expeditiously and stated that the order was “not acceptable” to Mizoram.

In his letter, the chief minister had said that Mizoram can’t remain indifferent to the sufferings of the Chin people of Myanmar as they share the same ancestry and ethnic ties with the Mizos.

“India can’t turn a blind eye to the humanitarian crisis unfolding right in front of us in our own backyard,” he had said.

As many as 9,247 people from Myanmar, including Chin state chief minister Salai Lian Luai, have taken refuge in Mizoram following a military coup in the neighbouring country in February, a senior police officer said.

24 lawmakers of Aung San Suu Kyi’s party, the National League for Democracy (NLD), are also among the Myanmar nationals, who took shelter in the state, he said.

The Myanmarese nationals are provided with shelter and food by civil society organisations and student bodies, while many are sheltered by the locals.

A large section of those who have taken refuge in the state belong to the Chin community.

Luai, who was appointed the chief minister of Chin state in 2016, crossed the international border and entered Champhai town on Monday night, the senior police officer said.