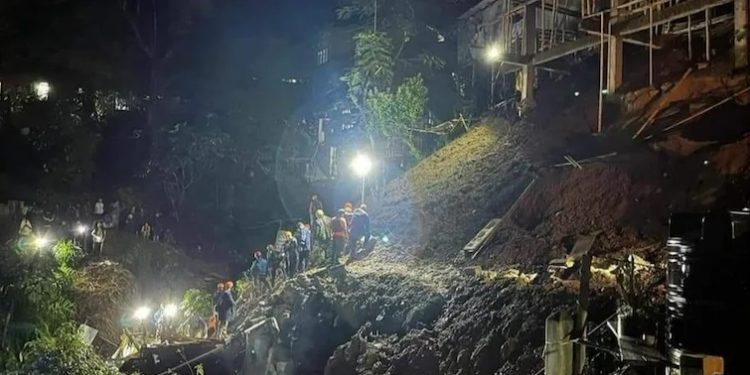 The Mizoram government has ordered a magisterial enquiry into the collapse of a retaining wall triggered by a massive landslide.

The landslide swept away a building resulting in the deaths of four children of a family at a neighbourhood in the northern fringe of Aizawl, an official said on Tuesday.

The government in an order issued on Monday has asked Aizawl district DC Lalhriatzuali Ralte to conduct an enquiry to the cause(s) of the incident that took place on the night of June 11 at Thuampui in Aizawl, he said.

The DC was asked to submit a complete report of her findings within 2 weeks of her appointment, the official said.

The order said that the government felt necessary to thoroughly investigate the incident to determine its causes and nature so that the government can constitute policies or mitigation measures to avert such disasters in the future and place responsibility on a negligent party(ies) if any.

The district magistrate will conduct an enquiry into the incident and establish whether there was any human negligence or other factors that lead to the incident, the order said.

State disaster management and rehabilitation minister Lalchamliana said the government is apprehensive that it was not a natural but a human-made disaster.

It appeared that the incident resulted from negligence as it was believed to be caused by loose soil accumulated from a construction site situated above the collapsed building, he said.

The minister also announced Rs-16 lakh ex-gratia to relatives of the victims (Rs 4 lakh each for victims), which will be paid from the State Disaster Response Fund (SDRF).

At least 4 children of a family aged between 3 years and 16 years were killed and two others injured when an Assam-type building they live in, was swept away by the retaining wall that collapsed due to landslide, triggered by heavy rains.

The incident occurred at Thuampui locality in the northern fringe of Aizawl around 9:30 on June 11.