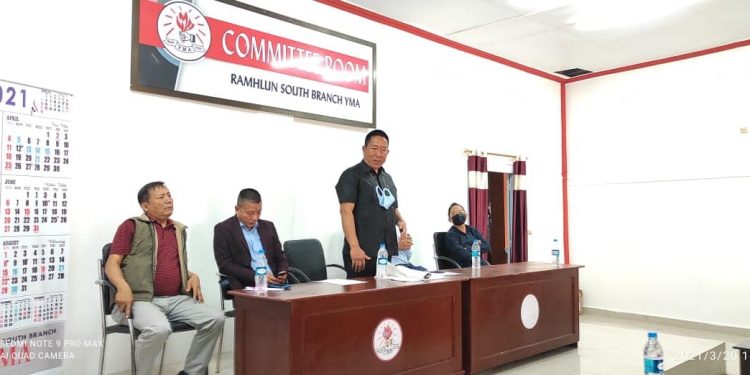 The newly elected Aizawl Municipal Corporation (AMC) has launched a door-to-door collection of waste as a pilot project at Ramhlun South locality in Aizwal, which falls under Ward- IV.

The door-to-door waste collection system, which is the first of its kind in the state, was launched by AMC mayor Lalrinenga Sailo at a function held at Ramhlun South on Saturday.

Speaking on the occasion, Sailo said the Mizo National Front (MNF)-led AMC will give priority to waste management to make Aizawl a clean city.

The door-to-door collection system will also be introduced in other parts of the state capital one after another, he said.

AMC executive councillor Laltlangzova Khiangte said the municipal corporation will focus on systematic waste management and cleanliness within the municipal area in support of the Centre’s Swachh Bharat Mission.

He said that casual workers will collect garbage by visiting house to house under the new system.

In the AMC polls held on February 16, the MNF won a simple majority by bagging 11 out of 19 seats, while the main opposition party in the state Zoram People’s Movement (ZPM) bagged 6 and Congress won 2.

The BJP which contested 9 seats failed to win any seat.

Of the 19 seats, 6 seats (33 %) are reserved for women and the ZPM won five of the reserved seats while MNF took one.

The AMC was established in 2010 under the Mizoram Municipalities Act, 2007.