The city experiences maximum temperature of 34.2 degree Celsius to the sheer discomfort of the people of the hilly state 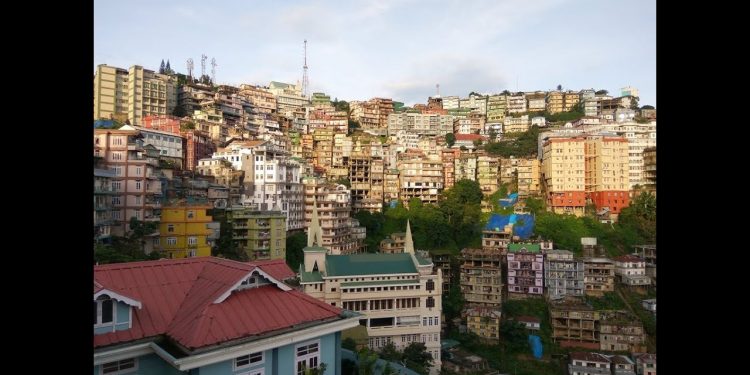 The temperature of Aizawl on Monday reached 34.2 degree Celsius which is the highest one ever experienced in twenty years in Mizoram.

The Chief Scientific Officer of the Mizoram Directorate of Science & Technology RK Lallianthanga said that the maximum and minimum temperatures in the city on Sunday were 34.1 degrees Celsius and 17 degrees Celsius respectively.

According to an official, the sweltering heat would be much more in low-lying areas of the state.

Vairengte Joint Young Mizo Association (YMA) president H. Lalnunmawia said around 41 houses were destroyed in Vairengte, which is located in the northeastern most tip of Mizoram on the state’s border with Assam.

Of the 41 villages, 6 have been completely destroyed by the violent wind, which occurred at around 9 am on Monday.

Sources said that more than 8 houses were destroyed by the violent wind at Saiphai, a village adjacent to Saipum near Assam boundary.

Sources also said that at least 12 houses were damaged at Phainuam village and 2 at Vaitin village along the Mizoram-Manipur border.