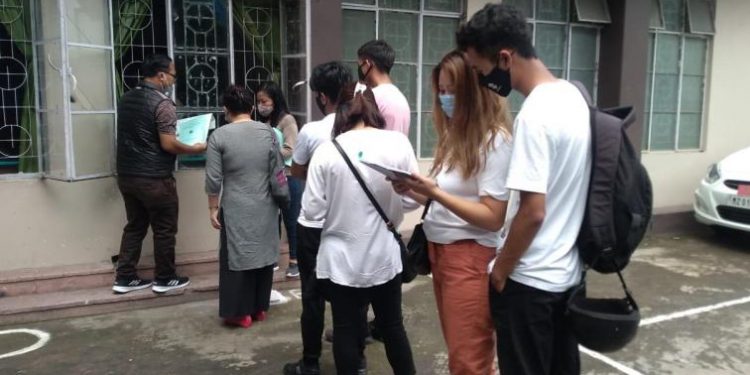 Girls outshone boys with a pass percentage of 79.14 in the Mizoram Higher Secondary School Leaving Certificate (HSSLC) or class-12 board examination, the results of which were announced by Mizoram Board of School Education (MBSE) on Tuesday.

The pass percentage among boys was 77.81.

A total of 9,677 students, including 5,216 girls, out of the total 12,324 appeared have passed the examinations conducted during February to July in three streams- Arts, Commerce and Science, registering the total pass percentage of 78.52, which was a few points short of the previous pass percentage.

In last year, a total of 78.94 per cent of students passed the board examinations.

A total of 2,551 students who appeared for the exams failed—1,334 of them girls and 1,217 boys while 96 candidates, including 41 girls, got compartmental chance.

Of the total 9, 470 candidates appeared for the exams in Arts stream, 7,377 students cleared it registering a pass percentage of 77.90.

Private schools outperformed government schools in all the streams.

According to the board, compartmental examination will be held on August 11 in three centres- Govt. Mizoram HSS, Aizawl; Govt. HSS, Lunglei and Govt. HSS, Siaha.

In the class-10 board exam results, which was simultaneously declared with class-12 board exams, at least 63 students out of 137 appeared, successfully cleared the exams.

With this, the overall pass percentage for class-10 board exams was 68.71.