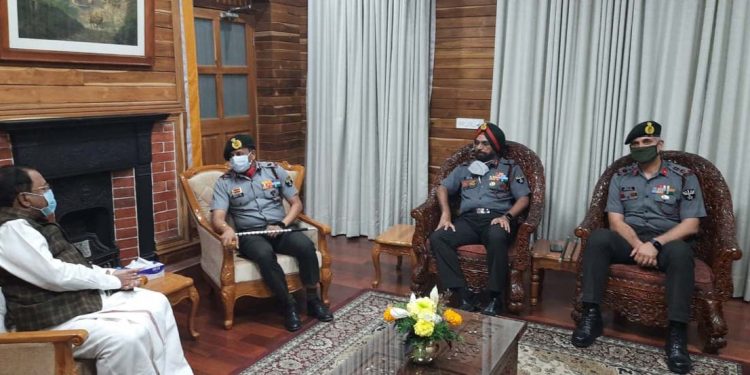 During their meeting on Thursday, the Mizoram Governor spoke about the cordial relationship between Assam Rifles and the state administration and the good works being carried out by Assam Rifles for the upliftment of the society, the HQ IGAR (East) said.

The newly-appointed Assam Rifles Director General also conveyed his gratitude to the Mizoram Governor for recognition of the outstanding efforts of the Assam Rifles by giving unit citation which goes a long way in motivating the troops guarding the Indo Myanmar border, the HQ IGAR (East) statement said.

The recent guidelines with respect to lockdown promulgated by the Mizoram government to curb the COVID19 pandemic was discussed and the Assam Rifles Director General assured the Governor that the Assam Rifles will go all out in assisting the state administration in promoting awareness on Covid19.

The Assam Rifles DG also mentioned about the poor conditions of roads in Mizoram and the need to improve the communication infrastructure to connect the remote areas of the state with the district headquarters.

Lt Gen Nair took over as the 21st Director General of Assam Rifles, popularly known as Sentinels of the Northeast, on June 1, 2021.

He has a rich experience of Assam Rifles and the Northeast.

He was commissioned into the Sikh Regiment in 1985.

He has vast combat experience having commanded his battalion (18 Sikh) in Siachen Glacier and Assam.