Mizoram is biggest hub of drugs, gold and arms smuggling in South Asia

Ecstasy drugs worth over Rs 20 crore was seized on July 17 at Sailulak village in Serchhip district on the Mizoram-Myanmar border. It was the biggest drug haul in Mizoram’s history.

Six suspected drugs peddlers were caught with the drugs consignment. They confessed that the consignment belonged to Liani of Tahan in Myanmar.

Enforcement agencies reported that millions of Yaba tablets, produced in the Wa State of Myanmar are smuggled in through Mizoram.

The ecstasy drugs produced in the Wa and Kong areas of Myanmar are high in demand in Mumbai, Bangalore and New Delhi, and are sold at the premium.

In addition to ecstasy drugs, Mizoram, according to enforcement agencies, has also emerged as the fastest growing hub for gold smuggling to India.

Directorate of Revenue Intelligence (DRI) and other enforcement agencies have seized more than 800 kgs of gold in India during the last two years, and in most cases, the consignments were smuggled in through Mizoram.

The Mizoram-based gold smugglers are also part of a China-Myanmar smuggling network. China is world’s largest producer of gold, and a large portion of the production is smuggled into India through Mizoram. 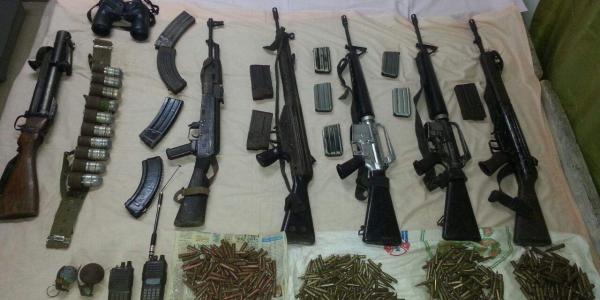 Like drugs and gold, huge consignments of dried betel nuts (mostly from Thailand and Indonesia) are also smuggled into India through Myanmar.

The illegal trade in the far-east of India, mainly through Mizoram, is estimated to be more than Rs 3,500 crore annually.

Dried betel nut is one of the main ingredients of all varieties of gutka and paan masala. The pan masala market in India is huge, and is estimated at Rs 25,000 crore, and is growing by about 10 percent every year.

During the last three years, DRI and other enforcement agencies arrested more than three dozen people connected with the illegal trade, and almost all had links with Mizoram.

Ghani Tanwar admitted that the entire consignment was smuggled in through Mizoram. He was part of an international smuggling network which operated concurrently in Singapore, Thailand and Myanmar.

Interestingly, all the multi-national betel nut smuggling networks had their links with Mizoram.

Most of the illegal consignments of dried betel nut were smuggled in through Zokhawthar Land Customs Station in Mizoram, in connivance with security forces and enforcement agencies personnel.

The Khawmawi village in Myanmar, which is located on the east of Zokhawthar is the focal point of the smuggling network.

Betel nuts are ferried in gunny bags to Khawmawi on small pickup vans and transferred to Indian vehicles and move towards Champhai for storage.

The border crossing of the illegally imported betel nuts take place with the blessings of some police and customs officials.

On reaching Champhai, the betel nuts are shown as produce of the farmers of Mizoram. Issue of transit permits by the Mizoram Agricultural Marketing Corporation Limited legalise the smuggled betel nuts as genuine produce of the state.

Laboratory tests conducted by the Plant Quarantine Department and other laboratories reported that the samples were of Thai and Indonesian origin.

Bulk purchase of betel nut in Thailand and Indonesia can be made at a much cheaper rate. It ranges from $ (US) 200 to 300 per tonne. It comes to about Rs 13 to 16 per kg of dried betel nut at source. In India, the rate is much higher.

Even after transportation from Thailand or Indonesia, the price of dried betel nuts is cheaper for the gutka makers. Secondly, quality of betel nuts is much better than the Indian ones.

Legal import of betel nuts is more than 300 percent, and makes the smuggling more lucrative.

Mizoram is a hub for arms smuggling as well.

A section of Chin refugees, who are illegally settled in different places in Mizoram, are involved with an international arms smuggling network as well.

In May 2018, the DRI, in a joint operation with Assam Rifles, had unearthed a major racket involving smuggling of firearms in Mizoram.

They supply arms to different insurgent outfits in northeast India and even Bangladesh. The network is closely linked with the gun runners of the United Wa State Army (UWSA) in Myanmar.

While drugs, gold, betel nuts and guns are smuggled in through Mizoram, the peaceful state of northeast is also used as a corridor to smuggle huge consignments of fertilizers to Myanmar.

Smugglers are operating in Assam and Mizoram tranship huge consignments of subsidised fertilisers (meant for poor farmers) for production of ecstasy drugs in Myanmar.

Assam Police on June 11 had intercepted three trucks loaded with fertilisers at Serfanguri in Kokrajhar district. The huge consignment of fertilisers was bound for Myanmar through Mizoram.

The truck drivers confessed that they were asked to deliver the consignment of fertilisers at a warehouse east of Champhai in Mizoram. The warehouse is located two kms away from the Myanmar border.

During the last one year, the trucks were reportedly transhipping huge quantity of fertiliser from Barpeta and Silchar to different warehouses located in and around Champhai town for one Sirohia and Sons Ltd.

According to Customs (Preventive) officials, an international network of smugglers have been engaged in smuggling of huge consignments of fertilisers from Assam, and especially Silchar to Myanmar.

While anhydrous ammonia is generally used for manufacturing ecstasy drugs Yaba (Metamphetamine), the drug lords in Myanmar have found new innovations to use fertilisers, and especially Urea, for production of the illicit drugs.

As anhydrous ammonia is the main ingredient for manufacturing of Urea, the drug lords, in connivance with some unscrupulous fertiliser dealers are siphoning out huge consignments for production of the ecstasy drugs.

There are reports that smugglers also tranship huge consignments of subsidised Urea from Mizoram’s quota.