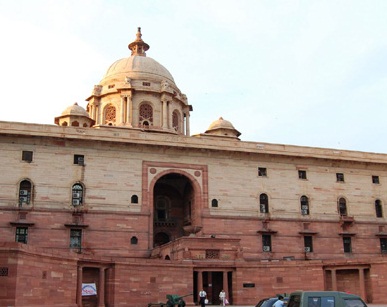 The Ministry of Home Affairs on Monday asked all states and union territories to strictly follow lockdown measures issued by the Centre to curb the coronavirus outbreak in the country.

Union home secretary Ajay Bhalla on Sunday wrote a letter to the states and union territories asking them not to dilute the consolidated revised guidelines on lockdown measures under the Disaster Management Act 2005 in any manner.

The letter also stated that the states and union Territories may impose stricter measures than the consolidated revised lockdown guidelines as per requirement of the local areas.

Citing an observation made by the Supreme Court last month, the government asserted that states making their own list of essential activities are not permissible.

“It has come to notice that some of the States/UTs are issuing orders allowing activities which have not been allowed as per guidelines issued by MHA under the Disaster Management Act 2005,” the letter reads.

“I would again urge you to ensure compliance of the revised consolidated guidleienes, and direct all concerned authorities for their strict implementation in letter and spirit without any dilution and to ensure strict compliance of lockdown measures,” it added.

Meanwhile, the Centre on Monday strongly objected to Kerala government’s decision of allowing opening of activities, prohibited under consolidated revised guidelines on lockdown measures that had been issued on April 15.

The activities that had been led to the violation of the lockdown guidelines include opening of local workshops, barber shops, restaurants, book stores, MSMEs in municipal limits.

Allowing bus travel in the cities/ towns for shorter distance, two passengers in the back seat of four wheeler and pillion riding on scooters have also led to the violation of lockdown guidelines.