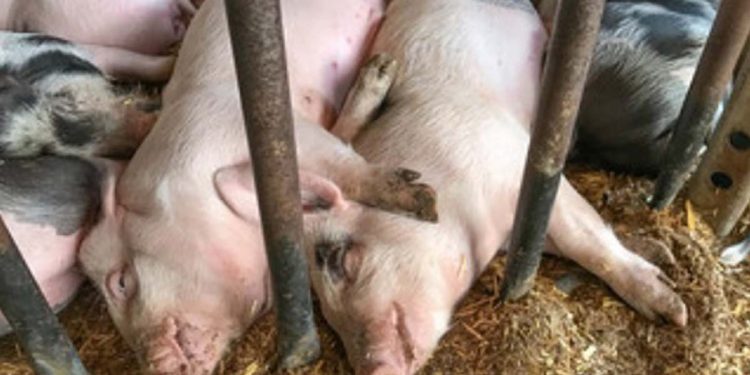 Samples from three districts in Meghalaya have tested positive for African Swine Fever (ASF) on Tuesday.

Outbreak of African Swine Fever (ASF) in 3 districts of Meghalaya, including West Jaintia Hills, East Khasi Hills and Ri-Bhoi, has been confirmed after the samples from these districts tested positive for ASF.

The pig samples, received from the three Meghalaya districts, were tested at the North Eastern Regional Disease Diagnostics Laboratory in Khanapara. 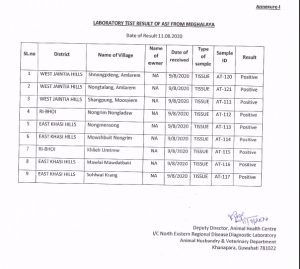 According to the deputy director of the Animal Health Centre (in-charge) of the laboratory at Khanapara in Guwahati, the tests were conducted for detection of viral DNA of ASF by PCR.

As per the test results, which came out on Tuesday, all the pig samples were received at the laboratory on August 9.