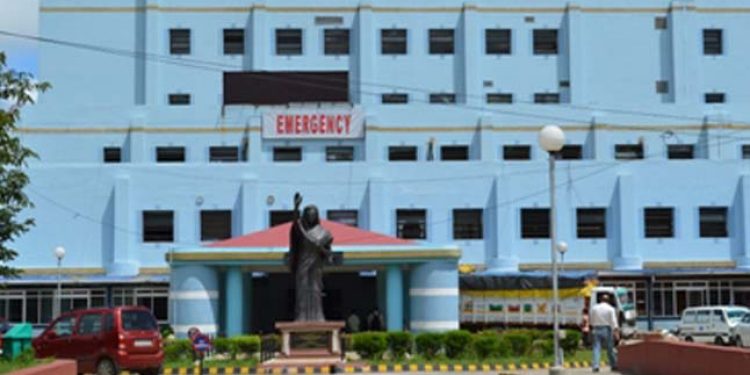 A view of NEIGRIHMS in Shillong. Image credit - neigrihms.gov.in

The division bench of Chief Justice Mohammad Yaqoob Mir took serious note of the internal differences between the Cardiology department and the authorities of North Eastern Indira Gandhi Regional Institute of Health & Medical Sciences (NEIGRIHMS) that led to the postponement of about 34 surgeries.

The court also directed the chief secretary of Meghalaya government to depute an additional chief secretary to head a meeting for coming up with a long-term solution to ensure that such situation does not arise again.

The court said that the report should be submitted by Monday.

NEIGRIHMS director Dr D.M. Thapa and head of the Cardiology department Dr Animesh Mishra were present in the court during the hearing on Wednesday.

In its order, the court said, “At this stage, we are persuaded to direct both the director as well as the head of department Cardiology to work out a working formula so that patient care may not suffer.”

On Wednesday itself, the medical superintendent was asked to hold a meeting with the Cardiology department and immediately work out a solution so that surgeries as per scheduled are carried out from Thursday.

The court also directed that a meeting, headed by an additional chief secretary of Meghalaya, be held at NEIGHRIHMS on Thursday.

The director of NEIGRIHMS and the head of the department of Cardiology should participate in the meeting besides medical superintendent, a representative from the ministry of health & family welfare and Amrit pharmacy.

Earlier, surgery of patients could not be conducted in the Cardiology department due to non-availability of required equipment such as stents and pacemakers.

Denying the allegations, Dr Mishra said, there was not a single patient who has been operated in violation of the National Pharmaceutical Pricing Authority (NPPA) guidelines.

He also invited patients from Meghalaya and the entire northeastern region to file valid complaints, if they have found that the department of Cardiology has violated the guidelines.