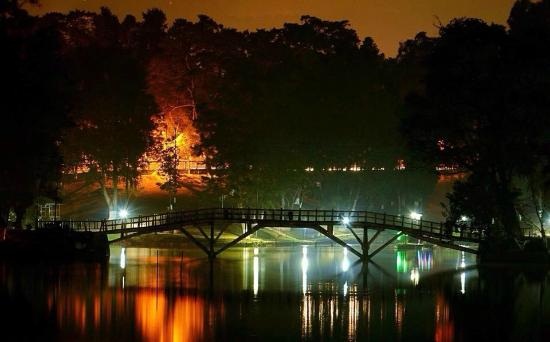 Two northeastern state capitals — Shillong and Gangtok featured among the five must-visit hill stations to beat the heat. News portal The Quint has rated Shillong, the capital of Meghalaya as the most popular hill station in the country to get respite during scorching summer.

According to the news portal Shillong is one of the most beautiful hill stations in the Northeast and definitely deserves a spot on its list. It has also pointed out that Shillong has a number of attractions – such as Elephant Waterfalls, Mawlynnong Village, Ward’s Lake and more.

“The climate is mostly cool, landscape stunning and the local culture will lull you into having a good time,” the news portal says adding a trip to Police Bazaar is a must for the shopping enthusiasts. “While the local wares will make you want to shell a lot of money, don’t forget to bargain and bargain hard,” The Quint says.

Sikkim’s capital Gangtok has featured in number 4 among the list of five holiday destinations during the summer.

According to the news portal a holiday in Gangtok will take the tourist closer to nature with gushing waterfalls, pretty hilltop hotels and lustrous lakes in abundance.

It also recommended indulging in Yak Safaris, cable rides, paragliding and river rafting besides gulping down the lip-smacking dim sums and momos.

Apart from Shillong and Gangtok, other hill stations recommended by the portal are Nainital in Uttarakhand, Kasauli in Himachal Pradesh and Coonoor in Tamil Nadu.