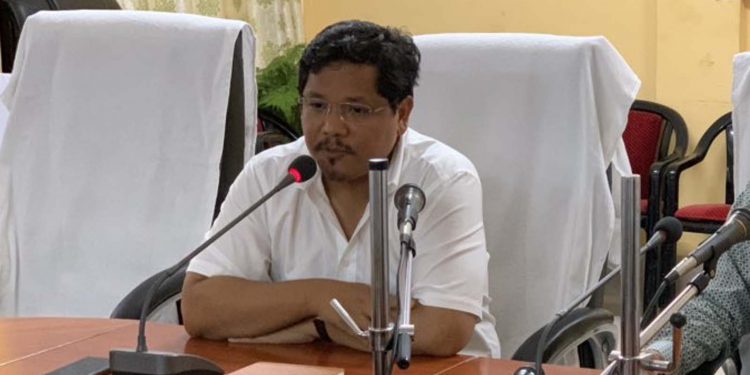 Meghalaya chief minister Conrad K Sangma on Saturday appealed to the citizens of the state to refrain from any kind of violence and ensure that peace is maintained.

A magisterial probe has been ordered into the incident in which one Lurshai Hynniewta succumbed to the major injuries he suffered at Ichamati village under Sohra Sub-division in East Khasi Hills district.

He further said the state government has taken all measures to maintain law and order with the deployment of additional forces including increase of manpower in Sohra Sub-division to monitor and contain the situation.

To assess the prevailing situation, the Meghalaya CM along with his Cabinet colleagues held a meeting with Additional chief secretary (Home-Police), DGP, SP, DC of East Khasi Hills and officials of the political department on Saturday afternoon.

During the meeting, a decision was taken to enforce curfew in some areas of East Khasi Hills including ban on the internet was taken.

Eight people have been arrested following the incident on Friday evening at Ichamati under Shella constituency in East Khasi Hills district.

“Cases against the arrested individuals have been filed and the state police are taking all steps to maintain law and order,” the Meghalaya CM said.

The Meghalaya CM conveyed his sincere condolences to the family members of the deceased.

An ex-gratia amount of Rs. 2 lakh will be given to the next of kin of the deceased, the chief minister announced.

In Bara Bazaar area of Shillong, there were few incidents in which one Rupchand Dewan succumbed to his injuries.

“Police investigation is underway to identify the culprits and take the necessary action as per law,” the CMO said.