There are around 62,000 young voters in Meghalaya who have prepared to be enrolled this year

At the National Voters Day celebration on Saturday, chief electoral officer (CEO) FR Kharkongor said this year, there are around 62,000 young voters, who have prepared to be enrolled.

People in different age groups took part in the run.

After the run, a function in the state capital was held at the Meghalaya Bharat Scouts & Guides headquarter under the theme, “Electoral Literacy for Stronger Democracy.” 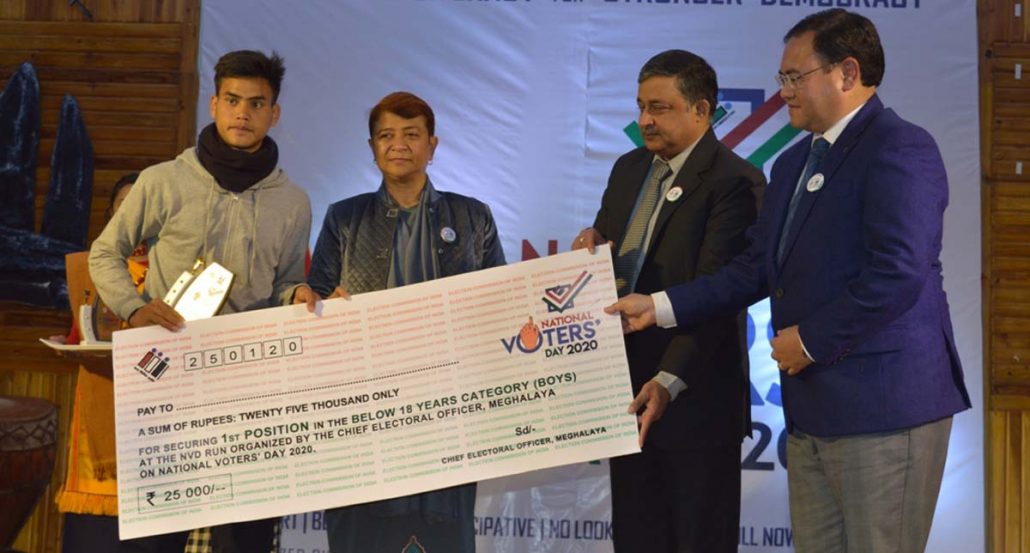 Chief secretary MS Rao was the chief guest and distributed prizes to winners of the National Voter’s Day run and awards.

The chief secretary lauded the initiative of the state election department especially in enrolling the voters to ensure participatory democracy.

Rao also said conducting elections in India has been one of the most difficult task than any other countries in the world.

He urged the people to actively participate in the election process and make democracy more meaningful.

The Chief Electoral Officer FR Kharkongor talked about intensive electoral engagements that the state had initiated while stressing more on electors becoming aware of their duties as a voter and citizen of the country and urged to make the democracy stronger.

Earlier, the chief secretary administered the voter’s pledge to those present at the function, and distributed prizes to the winners of the National Voters’ Day run and handed over EPIC to the newly registered voters.

The chief secretary along with other dignitaries also released two books, “Lok Sabha Election 2019 – The Meghalaya Story” and “The State KABP Report”.

The other highlights of the programme include the inaugura 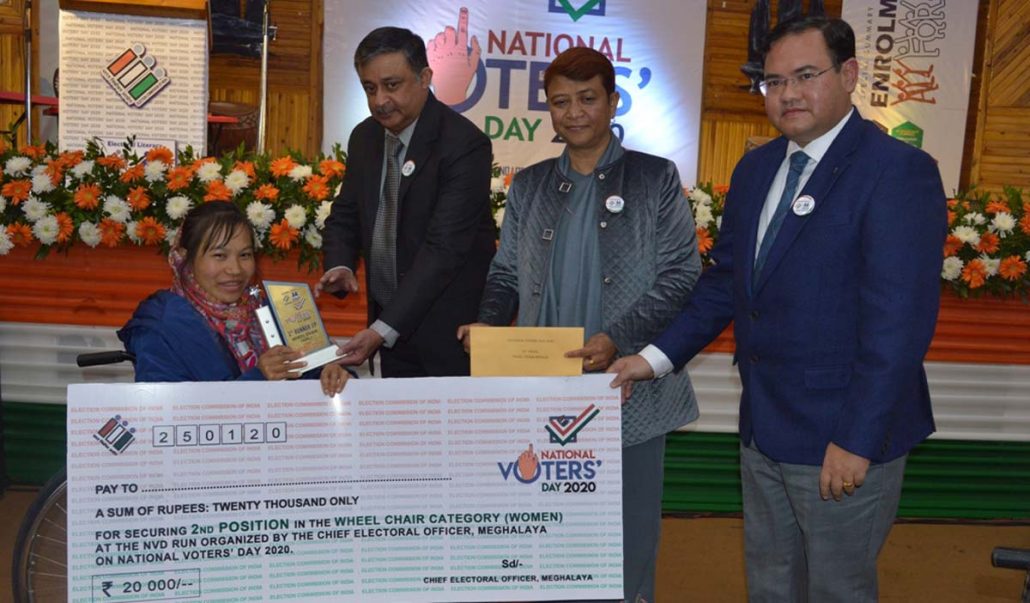 A similar programme was also organized by the office of the district election officer, East Khasi Hills at Asom Kristi Kendra, Dhankheti.

Chief electoral officer FR Kharkongor attended the programme as the chief guest in the presence of the M. War Nongbri, district election officer and Deputy Commissioner, East Khasi Hills district among others.

During the programme, the chief electoral officer administered the voter’s pledge and distributed certificates, mementos to AERO, BLOs and Enumerator who achieved 100% in the District and handed over EPIC to the newly registered voters.