Cabinet decision: The target of revenue collection for this year is Rs 250 crore, says Conrad Sangma 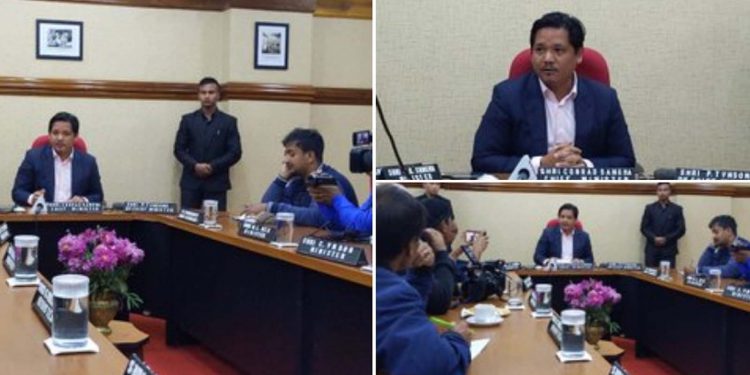 Military and paramilitary forces will have to pay fees to the Meghalaya government for bringing in liquor from outside the state.

This was made mandatory after the Cabinet approved the Meghalaya Excise Amendment Rules 2019.

Earlier, the military used to lift liquor from Narengi in Assam, but the excise department did not charge any fees.

“It was also decided that to put fees on liquor brought in by military and paramilitary units to the state,” Meghalaya chief minister Conrad K Sangma said.

“It has been decided that 40 per cent ad valorem will be levied as well as import fees which is 40 per cent of the fees pay by others be paid by them.”

“It is still concessional but it will lead to some revenue of about one crore and a half for the state,” Sangma said.

At present, the state gets revenue of about Rs 227 crore from excise, but the target of revenue collection for this year is Rs 250 crore.

“I am hopeful that by the next financial year when the entire things are streamlined, we will see more increase in revenue. In terms of rupees, we are looking at additional revenue of at least Rs 40-50 crore,” the CM said.

Cabinet today discussed ways to improve the revenue collection in the State through policies of the proposed Meghalaya Excise Amendment Rule.
Under the Amendment, the Govt will make it mandatory for retail shops to pay a simple fee when they procure the merchandise from the bond. pic.twitter.com/46eX82ieXr

The Cabinet also included fees which should be paid by retail shops when they take from the bond known as ‘retail lifting fee’ which is Rs 2 per case.

“This is meant to have on record challans when the retail shops will buy from the bonds. This Rs 2 per case fee should lead to approximately 60-70 lakh of additional revenue,” he said.

Meghalaya’s own revenue has been estimated at Rs 2,200 crore.

Out of that only 10-15 per cent comes from excise, which is about Rs 227 crore and the state government expects that it would increase up to Rs 250 crore.

“We also have revenue from transport, royalty, GST, VAT on petroleum products and others,” he informed.