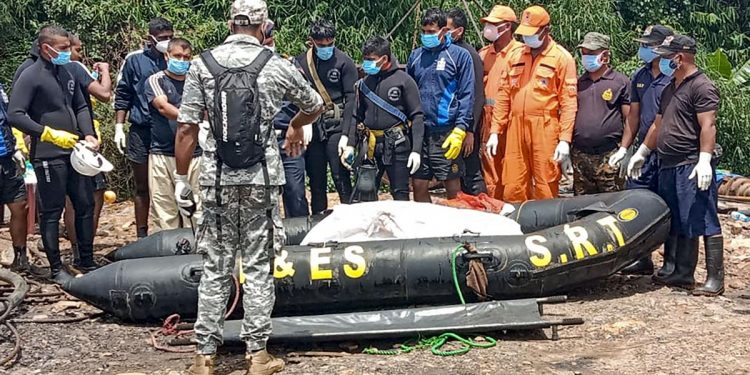 The third body of trapped miners retrieved from the illegal coal mine in Meghalaya’s East Jaintia Hills district has been identified.

The body has been identified to be of Shyam Charan Debbarma, a resident of Darjeeling Para of the Rajkuch area in North Tripura.

Five miners had got trapped in the mine on May 30 after a dynamite explosion.

The body was retrieved on Friday from the flooded mine by divers of the Indian Navy.

Rescuers had recovered the first body from the mine on June 16 and the second on June 24.

The body was sent for post-mortem analysis to the civil hospital in Khliehriat, the headquarters of East Jaintia Hills district.

Rescuers have been facing difficulties due to heavy rain in the area, because of which interconnected mines are filling up with water, The Hindu reported.

After retrieving the third body on Friday, they began draining out water from two shafts interconnected at the coal seams.