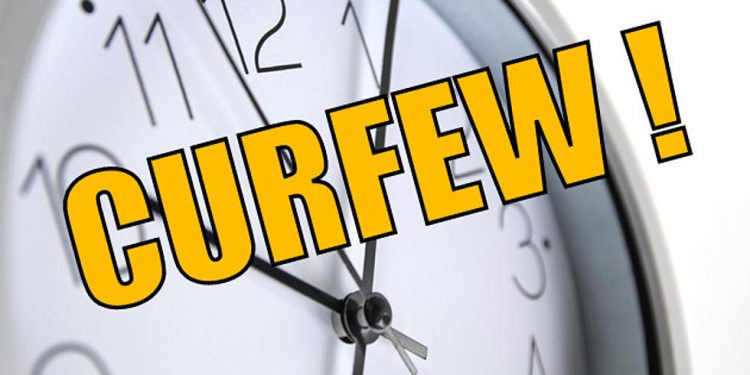 Curfew at several areas of Meghalaya capital Shillong has been extended till further notice on Monday morning.

Earlier on Sunday, apprehending serious deterioration of law & order in Shillong, the district magistrate of East Khasi Hills had ordered re-imposing of curfew in the city with effect from 9 pm on Sunday to 6 am on Monday. 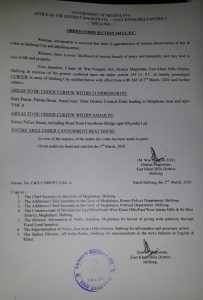 However, a fresh order extending the curfew has been issued on early Monday morning under section 144 CrPC by the district magistrate, M. War Nongbri.

The order stated “there is every likelihood of serious breach of peace and tranquility and may lead to loss of life and property”.

Also read: Shillong to be under curfew for 9 hours from 9 pm on Sunday

In view of the deteriorating law and order situation in the city, the district magistrate, M. War Nongbri, in exercise of the powers conferred upon her under section 144 Cr.PC, has extended the curfew in Shillong agglomeration and its adjoining areas.

However, board examinations are exempted from the purview of the curfew.

The Meghalaya Board of Secondary Education (MBOSE) final examinations began on Monday.

Further details awaited at the time of filing this report.

However, authorities have claimed the situation in the State is under control and close watch is being maintained.