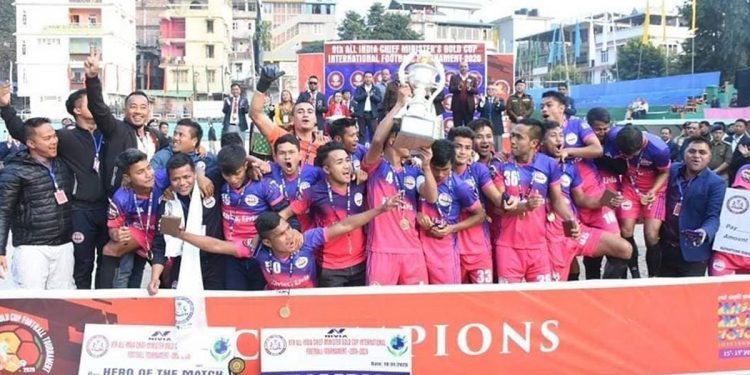 Ryntih joined as one of the three bidders for direct entry into the I-League.

The decision to induct Sudeva was taken by the AIFF Bid Evaluation Committee after a meeting via video conference on Wednesday.

“We have seen media reports about the decision, but no official has been communicated to us,” Ryntih SC managing director, Wallambok Kharpran said.

Kharpran said the club would first wait for an official communication from the All India Football Federation’s (AIFF) in this regard.

Football lovers have high hopes that Ryntih SC would qualify, but Wednesday’s decision left many wonderstruck and took to social media to express their sadness.

PricewaterhouseCoopers (PwC), a multinational professional services network of firms headquartered in London, are the independent auditors who go through the bid documents of each interested party and give their assessment to the Bid Evaluation Committee.

The New Delhi-based Sudeva along with Ryntih SC and Visakhapatnam-based Sreenidhi FC picked up the bid document and submitted the same.

The AIFF decided to invite bids for a new team in the I-League after the exit of Mohun Bagan who merged with ISL outfit ATK.

The committee also granted permission to the Vishakhapatnam-based Sreenidhi FC to take part in the I-League from the next season, 2021-22, onwards.

There has been a lot of expectation that Meghalaya’s name would once again enter the Indian football map if Ryntih get the chance for direct entry into the prestigious I-League.

Shillong Lajong FC were the first football club from Meghalaya that played in the I-League.

Ryntih, meaning ‘discipline’, registered officially as a society in 1998, with a focus to open up avenues in football for budding talents of Mawlai Mawdatbaki locality in Shillong city.

In the last season, Ryntih missed by a few points to clinch the Shillong Premier League title, and came third.