Meghalaya readies for 50 years of statehood 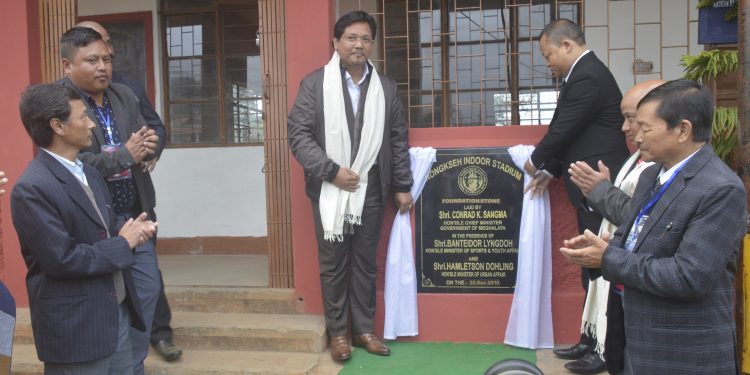 He was accompanied by urban affairs minister Hamletson Dohling, who is also the local MLA of the area.

During the celebration, the chief minister and urban affairs minister unfurled a plaque to lay the foundation stone for the construction of indoor stadium, which is being supported by the State Government.

He informed that the Tribal Research Centre that is coming up in the State will ensure promotion and preservation of different cultural practices of the State and its people.

“As a government we are very keen to protect and preserve the identity of our people and to ensure the conservation and promotion of our rich heritage and culture, the government has taken a number of initiative to document the diverse practices of our people,” the chief minister said.

Talking about Meghalaya’s statehood and its 50 years celebration in the year 2020, the chief minister informed that a coffee table book is being prepared that would portray the important landmark events of the State.

“The journey of the State from 1972 to 2022 will be documented in a manner that would take all of us down the memory lane as we celebrate the creation of our beautiful State, we call home. A detailed research for the book is underway that would ensure historical background and cultural diversity,” he informed.

He also took the opportunity to inform that proposals amounting to Rs 125 crores for development of stadiums for the national games have been submitted to the Ministry.

“Government of India has already cleared our proposal for 50 crores and hopefully within this month itself another 75 cores will be sanctioned for development of stadiums for the national games through the minority affairs department,” he informed.

He also informed that Rs. 200 cr for main stadium for National Games 2022 is likely to be sanctioned by January which will be established at Umsawli, Shillong.

“We are moving very fast towards ensuring that the games will happen in 2022 and the infrastructure that is required will also be put in place,” he added.