Meghalaya: Protest in Shillong’s Mawlai against likely setting up of CRPF camp

Hundreds of people assembled at Mawlai petrol pump junction along the Guwahati-Shillong road and staged demonstration. 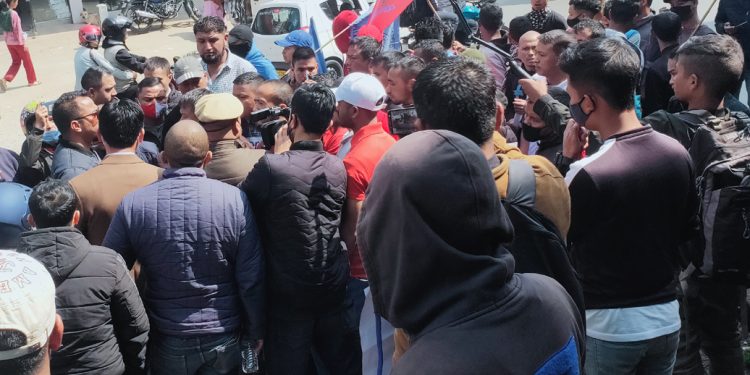 Residents of Mawlai in the outskirt of Shillong city in Meghalaya on Tuesday staged a protest against Meghalaya Government’s proposed survey at the land of the arts and culture department where the temporary camp of the Central Reserve Police Force (CRPF) is being set up.

The protest was led by the Seng Samla Mawlai Pyllun (SSMP) to oppose against the move of the Meghalaya Government to hand over part the land of the arts and culture department to the CRPF for setting up their permanent camp.

Hundreds of people assembled at Mawlai petrol pump junction along the Guwahati-Shillong road and staged demonstration.

Heavy deployment of security personnel was noticed during the protest. 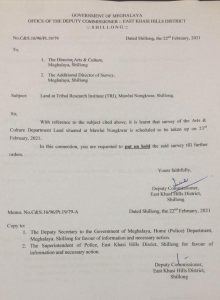 The land survey was to be carried out on Tuesday, but it was put on hold in view of the protest by the SSMP.

SSMP president, Samuel Biam said that the Government has already known the size of the land at Mawlai Nongkwar where the arts and culture department has built one amphitheatre.

“If the arts and culture wanted to construct new buildings they could have easily done it by preparing DPRs or architectural design. However the government wanted to carry out the land survey on its own land which made the people think that the survey is for some hidden purposes,” Biam said.

Biam said that decision of the government through the district administration to put on hold the land survey in the area would not fool the people of Mawlai.

“Our opposition will not stop here. A delegation of SSMP along with Mawlai Town Dorbar will follow up this issue with the government to ensure that the land of the arts and culture department should be utilised for various developmental activities which will benefit the people, but not for setting up of permanent camp of the CRPF,” Biam said.

Meanwhile, Meghalaya Government has denied that a CRPF cam would be set at Mawlai Nongkwar.