Bird flu is contagious, which can get transmitted to humans and is considered to be more dangerous than coronavirus. 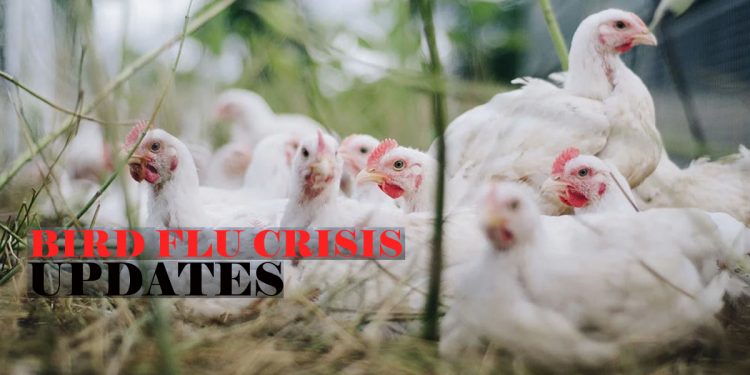 With the avian influenza, commonly known as bird flu wreaking havoc in several states across the Country, Meghalaya has prepared a set of Standard Operating Procedures (SOPs) to prevent outbreak of the disease.

As a precautionary measure, the Meghalaya Animal Husbandry and Veterinary Department is likely to release a set of SOPs and guidelines to be followed to prevent the outbreak of bird flu in the State.

The Meghalaya Animal Husbandry and Veterinary Department is also mulling to carry out mass culling of poultry if bird flu breaks out in the State.

Meanwhile, the Centre is keeping a close watch on the outbreak of the disease.

The Centre has alerted the local authorities in the States, where the bird flu disease broke out, to raise surveillance on 12 epicentres, where thousands of birds died in the last few days.

The Centre has further asked the States to step up containment measures.

However, no human case relating to bird flu has been reported so far.

The Centre has further set up a control room in New Delhi to keep a watch on the situation unfolding and to take stock of the preventive and control measures undertaken by the authorities in State-level.

The Union Environment Ministry has termed the situation ‘serious’.

Avian influenza or bird flu is a viral disease that occurs naturally among wild aquatic birds and can infect domestic poultry and other birds and animals.

Bird flu is contagious which can get transmitted to humans.

Bird flu is considered to be more dangerous than the coronavirus.

The mortality rate of patients with Bird Flu is 20 times higher than that of the corona.

Symptoms begin to appear in a person within 2 to 8 days after he/she gets infected with bird flu.

Fever, cough, runny nose, headache, swelling in the throat, muscle ache, stomach issues, difficulty in breathing, infection in the eye are some of the symptoms that emerge in a person after getting infected with bird flu.