Meghalaya groups to renew protest for ILP from Feb 4 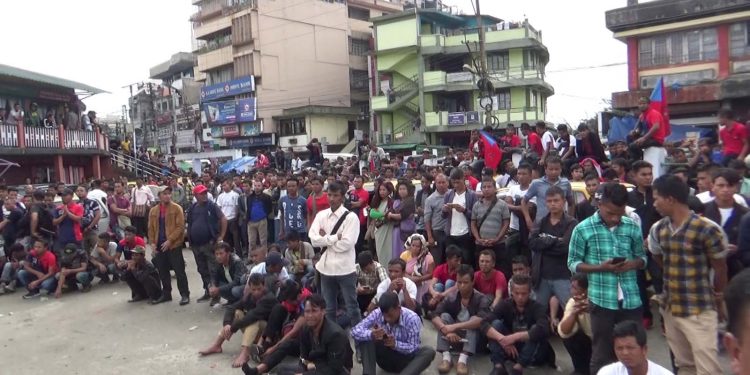 The members of Confederation of Meghalaya Social Organizations (CoMSO) organised a rally in Motphran. (File image)

12 Meghalaya organisations have come together to renew its demand for implementation of inner line permit (ILP) system in state.

The Confederation of Meghalaya Social Organisations (CoMSO), a conglomeration of 12 NGOs of the State, will launch a five-day protest demonstration in the state from February 5.

The CoMSO decided to hold the protest after the meeting between chief minister Conrad Sangma and Union home minister Amit Shah in New Delhi.

The meeting has not provided any clear message if the ILP regime would be introduced in the State.

Shah has only informed the chief minister that a decision would be taken after the Delhi elections.

CoMSO chairman Robertjune Kharjahrin said the sit-in protest would be held from 2 pm to 5 pm every day from February 4 to 8.

He said two months have passed since the State Legislative Assembly passed a resolution to urge the Centre to implement the ILP regime in Meghalaya.

Kharjahrin said the Union home minister has not given any assurance if the Centre would consider the resolution passed by the State Assembly.

It added that the Centre does not seem to be interested in providing protection to the State and its indigenous people.

CoMSO has also announced that its members would protest during official visits of Central ministers to the State.