Arunachal police nab 170 for not having ILP

From Itanagar, a total of 63 people, including 86 from Naharlagun, were apprehended 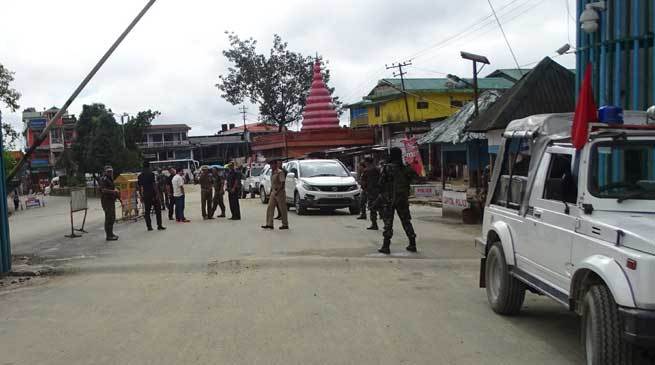 The Itangar district administration along with police has carried out a drive to check the influx of illegal migrants and apprehended 170 people from the city for having no inner-line permit (ILP).

The drive was carried out by the executive magistrates on Tuesday, along with police personnel, at several locations in Itangar, an official communiqué said.

From Itanagar, a total of 63 people, including 86 from Naharlagun, were apprehended.

At Banderdewa, 21 people were caught without valid ILPs. Later, they were brought before the executive magistrate at the mobile court and all violators were deported out of the state through the Banderdewa checkgate.

However, the administration said the genuine people can always apply for ILP with valid documents and enter the state by following due procedure of rule.

Deputy commissioner Komkar Dulom said the district administration has zero tolerance against such violators and urged all genuine non-Arunachal Pradesh Scheduled Tribe people to cooperate in carrying out the drive successfully.

“From the security point of view, it is good for everyone. The genuine citizens need not worry as the drive is not targeted at them. It is against illegal migrants,” Dolum said.

Many fake ILP passes were also detected during the drive and action will soon be taken against such illegal syndicate issuing false documents, he added.

“We suggest that people should not approach illegal operators for passes as it may cause trouble for them,” Dulom said.

He added that the drive will continue from time-to-time. Dolum requested all non-Arunachal Pradesh Scheduled Tribe people to always keep photocopies or scanned copies of ILPs with them to avoid any embarrassment during such checks while moving around in the city.

The capital administration and police have urged everyone to cooperate in making Itanagar safe, secure and serene. The officials said they are committed to the initiative.