Meghalaya Government consults experts from US, Israel for restoration of Lukha River

We request the industries to follow all norms and guidelines: Meghalaya Minister James Sangma 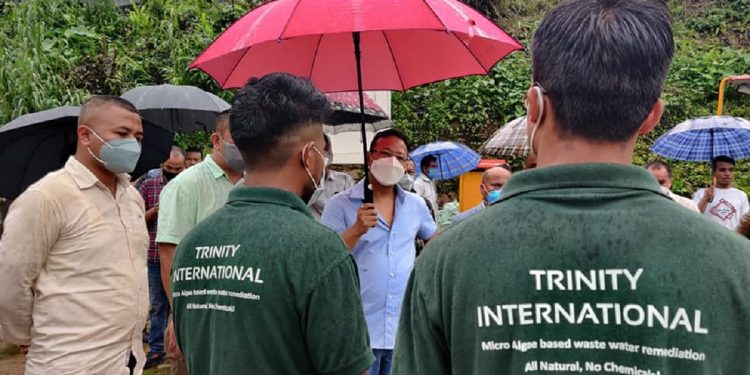 The Meghalaya Government is in consultation with experts from the United States and Israel for restoration of the Lukha River in East Jaintia Hills district.

“We have been in regular consultation with experts from the United States and from Israel, who have been researching biotechnologies for water restoration,” Meghalaya Forest and Environment Minister James Sangma said in a statement.

“We have currently deployed phytoremediation on a pilot experiment basis. Phytoremediation looks at the utilization of algae for the removal of toxic contents from water. As of now, the pilot experiment has shown encouraging results, with efficiency levels beyond our expectations. We will look to scale this up in the coming days,” James Sangma added.

Meghalaya Forest and Environment Minister James Sangma said that the State Government is mulling to adopt “more such measures” to restore the Lukha River in the days to come.

He said: “As we are in the process of receiving consultation from experts, we hope to deploy more such measures in the coming days to maintain the pristine natural beauty of our state.”

“…it is a need of the hour to strike a balance between economic activities and maintaining the environment. We request the industries to follow all norms and guidelines,” James Sangma added.

Water of river Lukha has been turning blue during the winters since 2007. But, this year, the water quality has apparently turned toxic, and has turned ‘deep blue’.

Thousands of fishes and other aquatic flora and fauna have reportedly been killed because of the high-level of contamination in the river system.

Local tribal villagers in Narpuh elaka in East Jaintia hills district have been turning ‘deep blue’ due to the release of untreated effluents by cement factories at Thangskai and Lumshnong areas.

Topcem Cement and Star Cement are the two largest producers of cement in the area, and its being suspected that both the cement factories may have played some role in polluting the river system.

While the cement companies have always been claiming that they were not responsible for changing colour of Lukha River, according to experts, Calcium Carbonate slush from limestone mines can change colour of river waters to ‘blue’.