The directorate of information and public relations (DIPR), Meghalaya, got its new office building after four years, following the demolition of an old Assam type house at Lower Lachumier.

The new office building was built at the same place, at around Rs 10.50 crore, and the construction got underway in 2016 after an old Assam type house was razed to the ground.

Besides the DIPR office, other offices in the new building include the Passport Seva Kendra office, Civil Task Force, Meghalaya Editors and Publishers Association (MEPA) and the Shillong Press Club (SPC).

In his address, the minister while referring to changing times and evolving dynamics of communication stressed the need to upscale efforts at all levels in terms of service delivery.

He also stated that the evolution of social media has brought about new challenges as well as opportunities to governance and expressed the need for bringing out reforms in service delivery in the interest of the citizens of the state.

On the occasion, the minister also commended the officers and staff of DIPR, who have been working tirelessly to ensure timely dissemination of important government information during the ongoing COVID19 situation in the state and country. 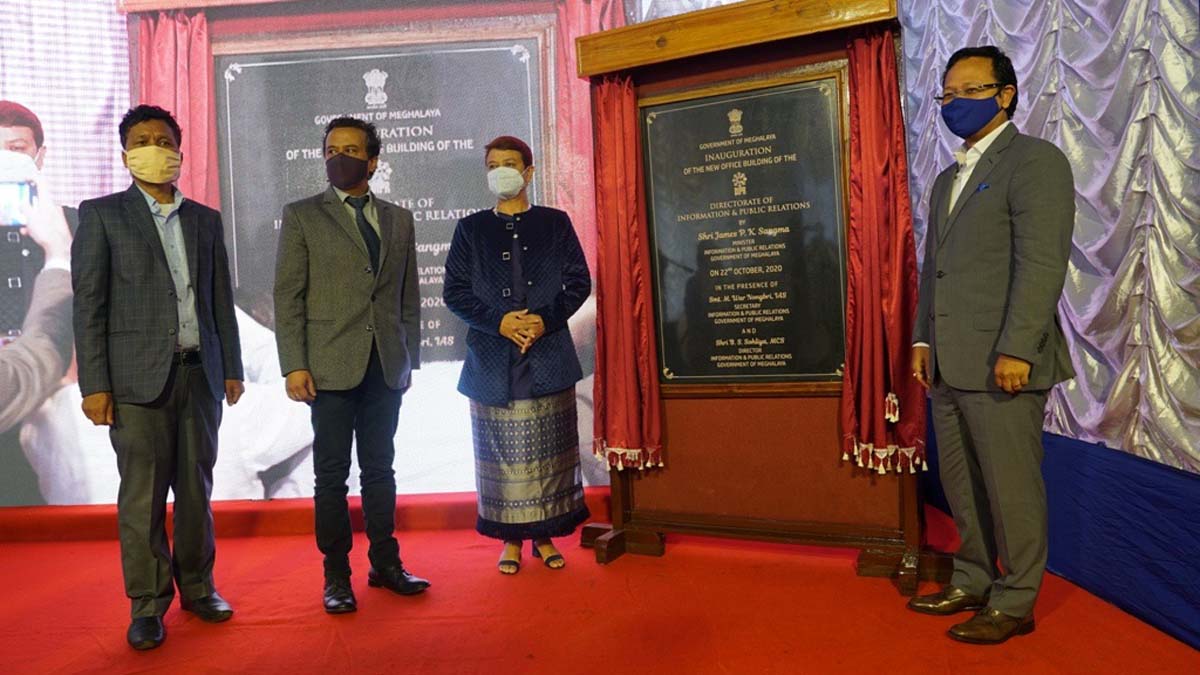 He congratulated the secretary, director, officers and staff of the directorate, former I&PR ministers, former additional chief secretaries in-charge of IPR, former principal secretaries, former commissioner and secretaries, secretaries, directors and all officials, serving and retired staff, who worked hard since the commencement of the construction and until the building’s inauguration.

He said the building will open up a new space for commitment and importance, designed to meet the increasing demand and expectations of I&PR.

Being the press and publicity wing of the government, the minister said DIPR has a crucial role to play in day-to-day governance at various levels up to the grassroots with the programmes and policies of the government being made accessible to the citizens through its various units including the Press Unit, Advertisement Unit, Publication Unit, Field Publicity Unit, Technical Unit and others.

I&PR secretary and I&PR director also spoke on the occasion.

Meghalaya government will allow anyone to enforce ‘own ILP’: CM Conrad Sangma