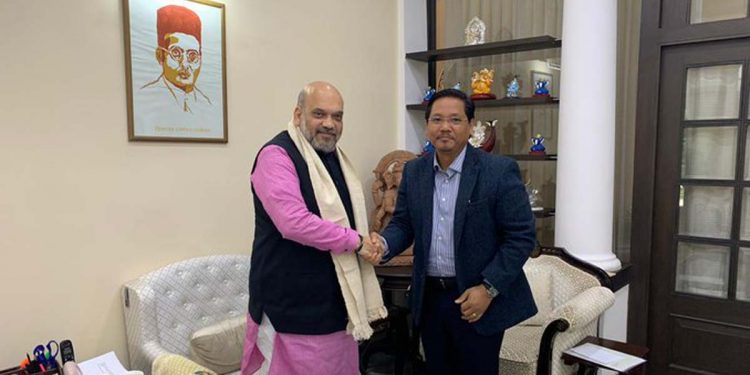 A delegation of the Meghalaya government will meet Union home minister Amit Shah in New Delhi this week to discuss on the demand to implement the Inner Line Permit (ILP) in the state.

Chief minister Conrad K Sangma who is leading the state delegation, told reporters on Monday that he has already sought an appointment for a meeting with the Union home minister on Tuesday evening or Wednesday morning.

“We sought an appointment with home minister but no confirmation yet,” Conrad said.

The chief minister had recently informed that he had met Shah only to brief him about the resolution on ILP which was passed by the state Assembly on December 19 last year, and requested the Union home minister to fix a meeting with the state delegation to discuss on the ILP issue.

Earlier, Shah had assured the chief minister that he would call the meeting after the Delhi elections.

The last meeting between the state delegation and Shah was held in Delhi on December 14 at 12.30 am.

It has been more than two months now that the state delegation is yet to meet Shah though he had assured that he would again meet them after Christmas.

Only after discussing with Shah, the state will know whether it will get the ILP or not.