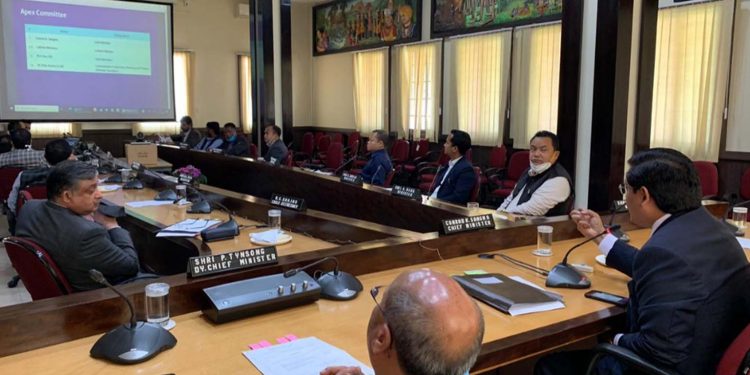 Meghalaya cabinet on Friday discussed the Chief Minister’s Economic Task Force which will focus on reviving and modifying the state’s economy in view of the COVID-19 scenario.

The CM’s Economic task Force will focus on MSMEs, farmers, entrepreneurs and other keys sectors like tourism.

During the meeting, sources said that the state cabinet has also approved the Meghalaya State Agricultural Produce and Livestock Marketing (Promotion and Facilitation) Bill, 2020.

The Bill will be tabled and passed in the upcoming re-assembled budget session of the state Assembly which will commence on May 20.

The proposal to include the Commissioner of food safety in the list of head of departments was also approved by the state cabinet.