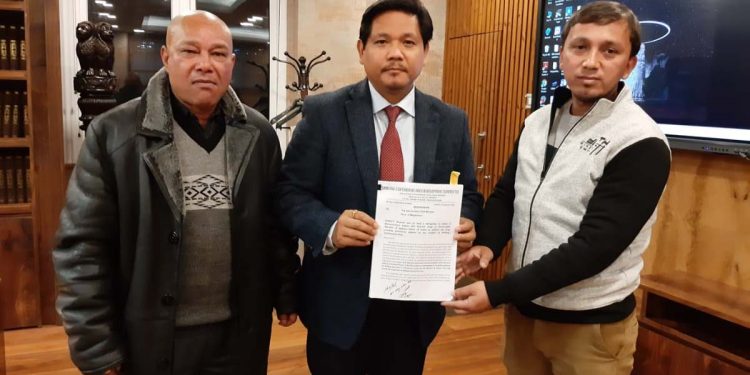 The request was made by BJP MLA Sanbor Shullai along with Shillong Cantonment Area Development Committee (SCADC) general secretary Bipen Pradhan when they met the Meghalaya CM on Wednesday.

Shullai and Pradhan urged the CM to lead a delegation to meet union defence minister Rajnath Singh seeking the latter’s intervention as the defence authority has not allowed the civilians to use the Garrison Ground.

They also submitted a memorandum to the Meghalaya chief minister Conrad Sangma and sought the state government’s intervention for utilizing the Garrison Ground for public purposes.

The ground, also known as ‘Madan Kirkit’ at Laban, is in the possession of the defence authority.

Shullai, who is the BJP MLA from South Shillong, also urged the Meghalaya CM to implement the municipal building bye-laws to the Shillong Cantonment area.

According to Shullai, earlier, the request for transfer of Garrison Ground was made but nothing concrete has ever materialized.

He requested the state government to move the central authorities to sign an MoU with the defence authority for utilizing the ground by both civilian and defence personnel.

“The defence authority has no reason to hold the ground as it is centrally located and underutilized. This would be in the best interest of both the civilians and defence authorities,” Shullai said.

Recently, Shullai had also met the union defence minister in New Delhi and handed over a memorandum to him.