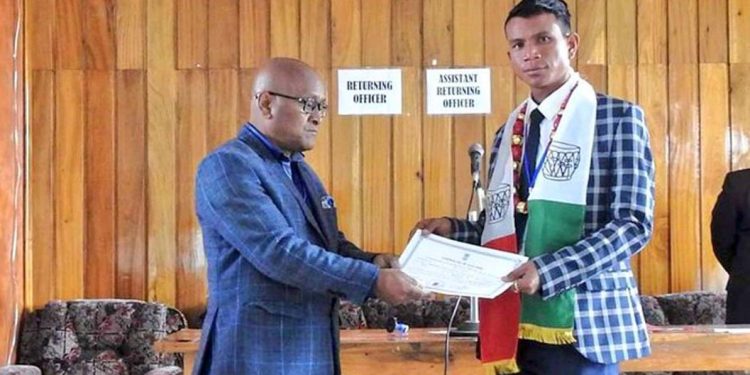 Ranikor MLA Pius Marwein won the by-polls by a margin of 6,979 votes.

Counting of votes was held on Tuesday at Mawkyrwat in the South West Khasi Hills district of Meghalaya.

While UDP candidate Pius Marwein received 13,793 votes his nearest rival candidate from the Congress, Jotin Khardewsaw, was able to get 6,814 votes.

On the other hand, 244 voters opted for NOTA.

The by-poll to the Langrin seat of the KHADC was held on February 28 last.

The by-poll was necessitated following the death of UDP MDC Nasar Marwein on October 28, 2019.

The by-poll was conducted by the District Council Affairs department.

The KHADC has 30 members including one member nominated by the state governor.