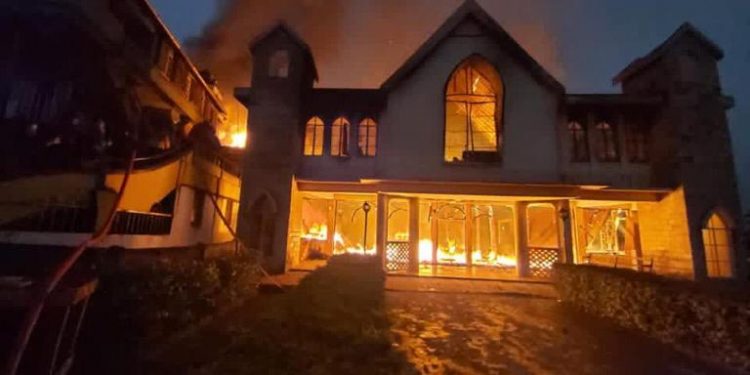 A church of the Church of God at Qualapatty in Meghalaya capital Shillong was destroyed in an inferno in the wee hours of Sunday.

Two persons having a house close to the devastated church died allegedly due to suffocation.

People staying the church, started noticing flames coming out of the church at around 4 am on Sunday, but police anticipated that the fire must have broken out before that.

Confirming the incident, East Khasi Hills district superintendent of police, C Lyngwa said two persons, one male and another female, died inside the house which was located close to the church.

“Investigation is on to ascertain the cause of the fire,” Lyngwa said.

“Some repairing works including wiring were going on inside the church but right now we cannot say much as the investigation is in progress,” Lyngwa added.

There were many houses locating close to the church.

She said all details are being collected.