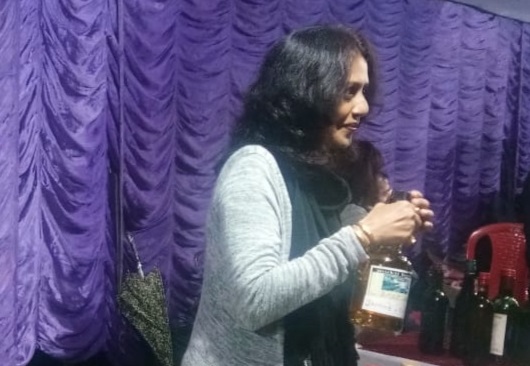 It has been 17 long years that the demand to legalize wine making has not materialized in Meghalaya.

Shillong Wine Festival has always been the platform for home wine makers to showcase to wine lovers, including tourists.

At the same time it also shows the government the potentiality of wine making in the State.

Wines made by them were available only in festival such as the Shillong Wine Festival organized by the Forever Young Club every year.

This year, it was the 17th Shillong Wine Festival organized at the State Central Library premises on Saturday.

The festival saw the participation of 11 brewers from all over the State.

The Meghalaya Association of Wine Makers (MMAW) has been spearheading the demand to legalize wine making in the past 17 years.

Many fruits go wasted in Meghalaya.

Thanks to wine makers who turn fruits for example Sohïong (blackberry), and Sohphan (jack fruit) into wine.

It has also become a hobby for many wine makers in view of the State Government’s delay to legalize and realize the potentialities of wine making as it can promote horticulture, tourism and generate revenue for the State.

“All are in the court of the government to legalize wine making and turn it into an industry,” Michael Syiem who is the president of the Meghalaya Association of Wine Makers said.

Syiem said that wine making will boost horticulture, generate employment for educated unemployed youth and revenue for the government.

Annoyed over the lack of sincerity and will on the part of the government to legalize wine making, Syiem said, “The only time the government has interest in recognizing wine making was during the time of former excise minister, A T Mondal. There has been no initiative after him.”

He said that that the present chief minister, Conrad K Sangma has also assured to take forward wine making in the State, but no fresh initiative has been seen so far.