Bill to ensure that there is a legislation to provide for mandatory registration of all types of migrant workers, maintaining proper records 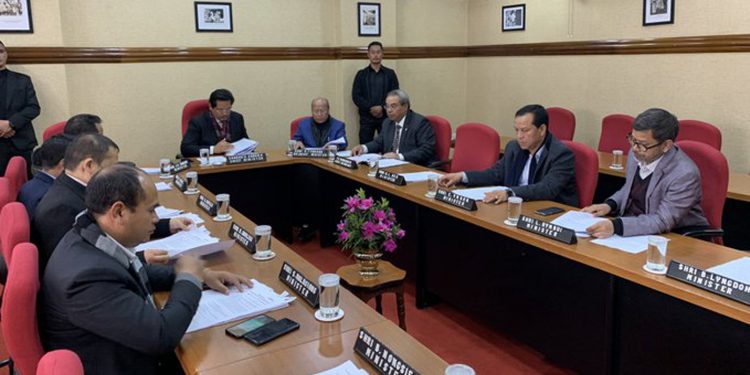 The bill has been prepared to ensure safety and security of citizens by preventing anti-social elements from gaining shelter in the state.

Meghalaya lLaw minister James K Sangma told reporters that the amendment bill is to ensure enhance security, vetting of tenants and ensure safety and security of citizens by preventing anti-social elements from gaining shelter in the state which might be detrimental to peace and tranquility to maintain public order and peace.

The amendment bill talks about verifying and regulating tenants residing in rented houses in the state, establishment of District Task Forces, and facilitation centres to facilitate effective enforcement of various laws for the safety and security of citizens.

“The amendment bill includes amendment of the word tenants which is substituted by the word entry of persons to Meghalaya and also to regulate the tenants or any other persons,” said James Sangma.

He also said that the governor’s suggestions on the earlier ordinance have been incorporated but did not elaborate what were those suggestions.

The cabinet also approved the address of the Governor, Tathagata Roy to be delivered on the first of the budget session of the state assembly on Friday.

James said that the bill is to ensure that there is legislation to provide for mandatory registration of all types of migrant workers, maintaining proper records and issuing of identify cards to each migrant worker in the state.

“The purpose is to ensure safety and security of migrant workers and in case of harassment, offences, will facilitate legal intervention by concerned authorities and state government,” he said.

A state drug policy was also approved by the cabinet.