Meghalaya Cabinet adopts 7th CPC for over 717 lecturers under UGC 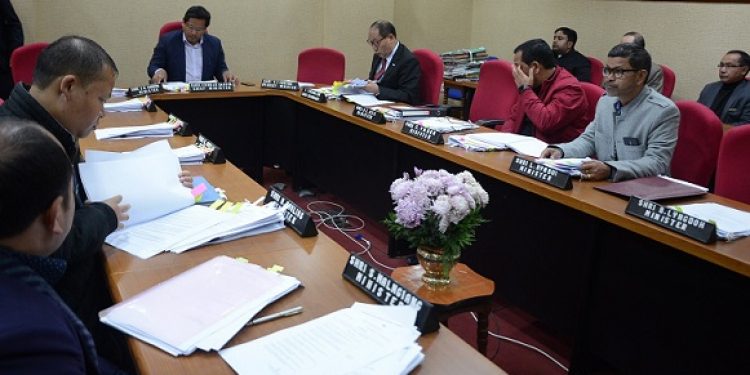 Shillong: The Meghalaya Cabinet has adopted the 7th Central Pay Commission for 717 lecturers under UGC, who have been teaching in Government-run and deficit grant-in aid colleges in the State.

There are 112 lecturers in Government colleges, and 605 lecturers in deficit grant in aid colleges in Meghalaya.

The State Government has to spend Rs 58 crore, 5 lakh, 69 thousand, 948 for adopting the 7th Central Pay Commission which will take effective from January 1, 2016.

Last year, the Cabinet had decided to extend the government’s guarantee to the MeECL for availing loan Rs 800 crore but the loan was not granted.

“In order to allow the MPGCL to avail the loan, we adjusted RS 170 crore out of Rs 800 crore and the remaining guarantee is Rs 630 crore,” Deputy Chief Minister Prestone Tynsong said.

The Meghalaya Cabinet on Monday approved an ordinance for amending section 5 of the Meghalaya Lokayukta Act, 2014 relating to the appointment of members of the Lokayukta.

Meghalaya Deputy Chief Minister Prestone Tynsong said that the Cabinet has approved a proposal to amend section 5 of the Meghalaya Lokayukta Act, 2014 in order to allow the office of the Chairperson of Lokayukta to function even when the members are yet to be appointed.

“As of now we have only the Chairperson of Lokayukta. Therefore to make the office functional, one amendment is needed in section 5. Since amendment of the Act has to be passed by the State Assembly, the Cabinet has approved an ordinance for amending this particular section,” Tynsong said.

Section 5 states that the Governor shall take or cause to be taken all necessary steps for the appointment of a new Chairperson and members at least three months before the expiry of the expiry of the term of such Chairperson or member as the case may be, in accordance with the procedure laid down in the Act.

The Lokayukta should have not exceeding four members out of whom, fifty per cent shall be judicial members.