Meghalaya BJP condemns the statement of the Meghalaya governor, who stoked a controversy asking “those who do not want divisive democracy to go to North Korea” 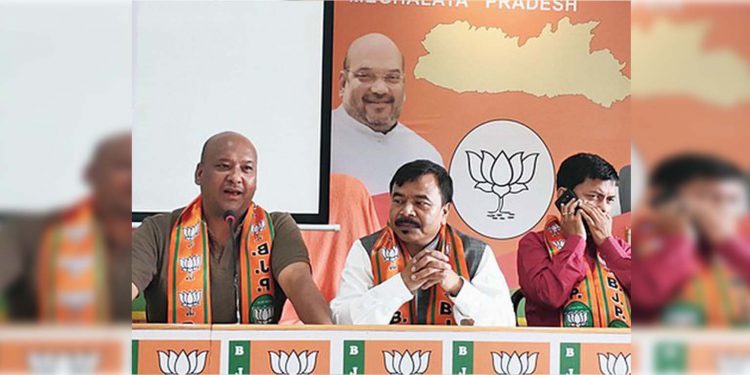 The Meghalaya BJP on Saturday passed a resolution that the Citizenship Amendment Bill (CAB), 2019 be exempted throughout the state.

The CAB has become an Act after President Ram Nath Kovind gave the assent to the bill.

The Meghalaya BJP also condemned the statement of Meghalaya governor Tathagata Roy, who stoked a controversy asking “those who do not want divisive democracy to go to North Korea.”

“Two things should never be lost sight of in the present atmosphere of controversy. The country was once divided in the name of religion. A democracy is NECESSARILY DIVISIVE. If you don’t want it, go to North Korea,” Roy had tweeted.

During an emergent meeting of State BJP leaders at the state party office in Shillong on Saturday, which was chaired by state party vice-president J.A. Lyngdoh, the passage of the CAB was discussed.

“During the discussion, the members present, expressed that the present volatile situation in the state is a matter of great concern,” said the statement signed by J.A. Lyngdoh, BJP MLA Sanbor Shullai, general secretary Bashailang Khongwir and vice-president David Kharsati.

“The members stated that the decision of the central government to exempt only Sixth Schedule areas will not serve the demand of local indigenous community.”

“Thus the state office bearers passed a resolution that the implementation of CAB be exempted throughout the State,” the statement added.

The meeting also passed a resolution to support the long-pending demand for implementation of the Inner Line Permit (ILP) in Meghalaya, and that the present structure of traditional institutions of the state should not be touched at all.

The meeting also condemned the statement of the Meghalaya governor.

“The statement cannot be accepted at all and the matter will be raised with the central leaders,” the statement said.