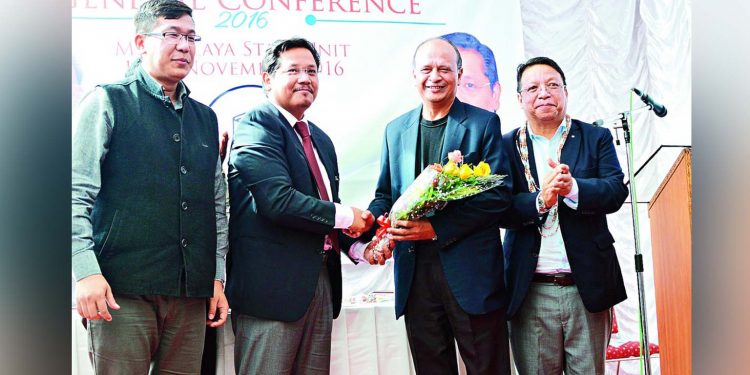 The election to the lone Rajya Sabha seat of Meghalaya is slated for March 26.

The candidature of Kharlukhi was announced by Deputy Chief Minister Prestone Tynsong after the sub-committee constituted by the MDA recommended the name.

Tynsong, who is the chairman of the MDA’s sub-committee, told reporters that Kharlukhi’s name was recommended as the candidate of the MDA for the Rajya election but he refused to reveal some other names that the sub-committee has scrutinized.

“Since the Kharlukhi’s name has been recommended as the candidate, it is not necessary to discuss other names,” Tynsong said.

He informed that though that Kharlukhi is the common candidate of the MDA government, he will stand on the symbol of the NPP.

Kharlukhi is the president of the NPP in Meghalaya.

Voting for the Rajya Sabha election will be held on March 26 from 9 am to 4 pm and the counting of votes will take place at 5 pm on the same day.

All the 60 MLAs of the state Assembly are voters in the Rajya Sabha election.

The election is necessitated since the term of the current Rajya Sabha MP Wansuk Syiem will expire on April 12.

Syiem represents Meghalaya to the Upper House as member of the Congress for two terms.