Since the Narpuh Wildlife Sanctuary is located very near to the proposed site, the existence of several wild animals- especially the Hoolock Gibbons- will be threatened as well 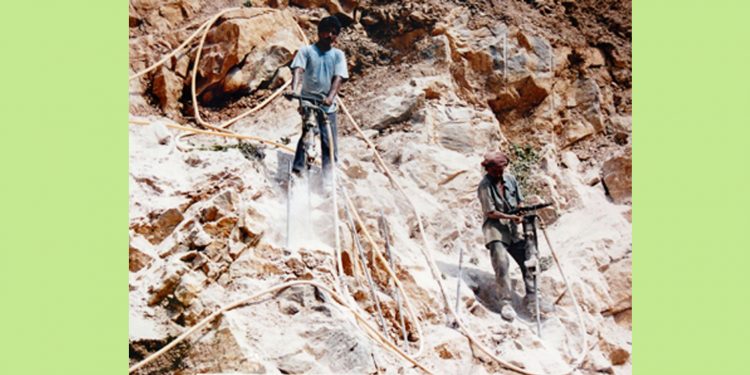 The Khasi Students’ Union (KSU) has raised its strong objection against the proposed expansion of mining lease in East Jaintia Hills.

In a memorandum to the member secretary, Meghalaya State Pollution Control Board (MSPCB), the student body said, “We strongly object to the expansion of mining lease/mining at the landed property located at Brichyrnot village.”

“The objection is on the fact that the area under which the expansion is proposed is a forest area near the Narpuh Wildlife Sanctuary and river Lukha,” the memorandum added.

“Allowing any company to expand its mining lease/mines will only cause more destruction to the environment, its flora and fauna,” KSU said.

“Moreover, it will have a serious and deadly impact on the farmland,” the student body added.

The MCPCB will take part in a public hearing at Brichyrnot village regarding the expansion of the mining lease in the area.

The KSU further infomred that temperature and air pollution in the region have risen and put the inhabitants in great risk.

The student body, in its memorandum, further said, “Due to the expansion of the mining area, the existence of river Lukha will come under threat as the river is 500 metre away from the proposed site for expansion.”

“All types of pollution will be directly or indirectly discharged into the river if the company is allowed to carry out mining in the proposed site,” the KSU said.

Since the Narpuh Wildlife Sanctuary is located very near to the proposed site, the existence of several wild animals- especially the Hoolock Gibbons– will be threatened as well.

“Moreover, the sanctuary is also home to several other animals, birds, and butterfly species. Existence of these will also be threatened if mining is allowed in the area,” KSU said.

The apex student body expressed shock and its disbelief on the claim made by the mining company that it obtained a no-objection certificate from the forest ministry even after the area being declared an Eco-Sensitive Zone.

“If the mining expansion is allowed then the sanctuary will turn barren and there won’t be any surviving animals,” the student body further said.

The student body further said due to the excessive mining in the state, forest lands are gradually turning to wastelands and the existence of the entire region has been threatened.

“If time and again the cement factories are allowed to expand the mines, the entire region one day will turn barren,” KSU said.

“The rivers and the air will get polluted and the region will become unfit for any life to sustain,” the KSU memorandum added.

In its memorandum, the KSU infomred that not a single cement factory of the Narpuh region has Effluent Treatment Plant (ETP).

“Absence of ETP poses greater danger and threat to the environment as the discharge by the factories are harmful and dangerous for the environment,” the KSU added.

The student body also said that the Lukha river located nearby the proposed site has already been polluted and if the expansion is allowed then the situations will only worsen.