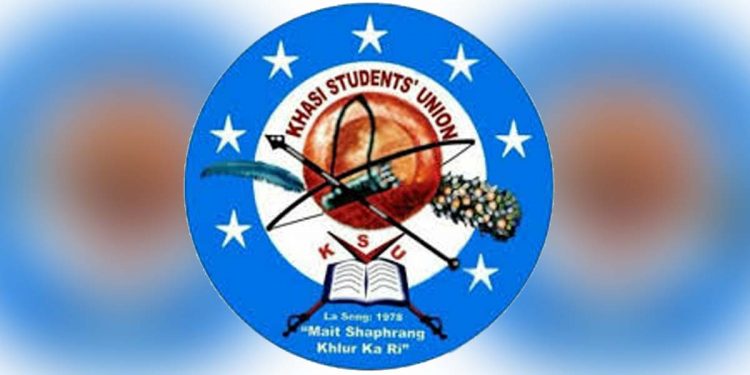 It said that the Centre’s move to do away with the public consultation could be an attempt to forcefully mine uranium in the state.

KSU chief Lambokstar Marngar on Friday said that the organisation suspect that the move to do away withholding of public hearings or public consultations as an attempt to mine uranium.

He was speaking to reporters at the sidelines of a function held to mark the 185th death anniversary of the Khasi freedom fighter U Tirot Sing Syiem.

“EIA is against the unique land tenure system in Meghalaya and also against the provisions of the Sixth Schedule,” he added.

The draft EIA Notification, 2020, was uploaded on the Environment Ministry website on March 12, seeking public comments.

The KSU chief also lashed out at the state government and the three autonomous district council (ADCs) for their silence on the issue.

“We urge them to be more vigilant and ensure the Centre is not allowed to implement laws which go against the interest of the people and the state,” Marngar said.

Meanwhile, the KSU has demanded the Centre to immediately withdraw the proposed amendments of the draft EIA notification 2020.

In a letter to the union environment minister Prakash Javadekar, the KSU said, “We request the ministry to immediately withdraw the proposed amendments of the draft EIA notification, 2020 and consider reissuing the draft only after health condition related to the pandemic COVID-19 and the civic life is normalized across the nation.”

“The proposed draft will further affect the ecological balance of Meghalaya by diluting the stringent laws to protect the environment,” the KSU added.

Speaking on the proposed  exemption of large industries (B2 category) from the public consultation, KSU said, “Such exemptions are inexplicable and baffling, considering that many of these projects are meant for the public from whom this information will be hidden and subdue.”

“It also goes against International Environmental Laws and agreements like the Stockholm Declaration, 1972, the Rio Declaration, 1992 and the UNFCCC Conference of Parties (COP) – 25 held in 2019,” the KSU added.