Khasi Students Union (KSU) will approach the Meghalaya government for an independent inquiry on the ‘mysterious blue’ Lukha river in East Jaintia hills district of Meghalaya.

With the advent of winter in Meghalaya, water of Lukha, the largest river in East Jaintia hills district has again started to turn deep blue.

Members of the Narpuh Circle of Khasi Students Union (KSU) have expressed serious concern with the changing colour of the water of Lukha during the last one week.

Kwillness Suchiang, president of the Narpuh Circle of KSU told Northeast Now on Saturday that they have decided to meet the Deputy Commissioner of East Jaintia hills district at Khliehriat to raise the issue.

“We are going to meet the district administration on Monday to demand for an independent scientific inquiry,” Suchiang said, adding that the water quality of Lukha has turned from bad to worse this year.

Lukha flows in the southern part of East Jaintia Hills of Meghalaya, and was always rated as one of the most beautiful and finest clean water rivers in Northeast India.

The river flows by Sonapur village and then descends into the Surma valley and ultimately ends up in the flood plains of Bangladesh. 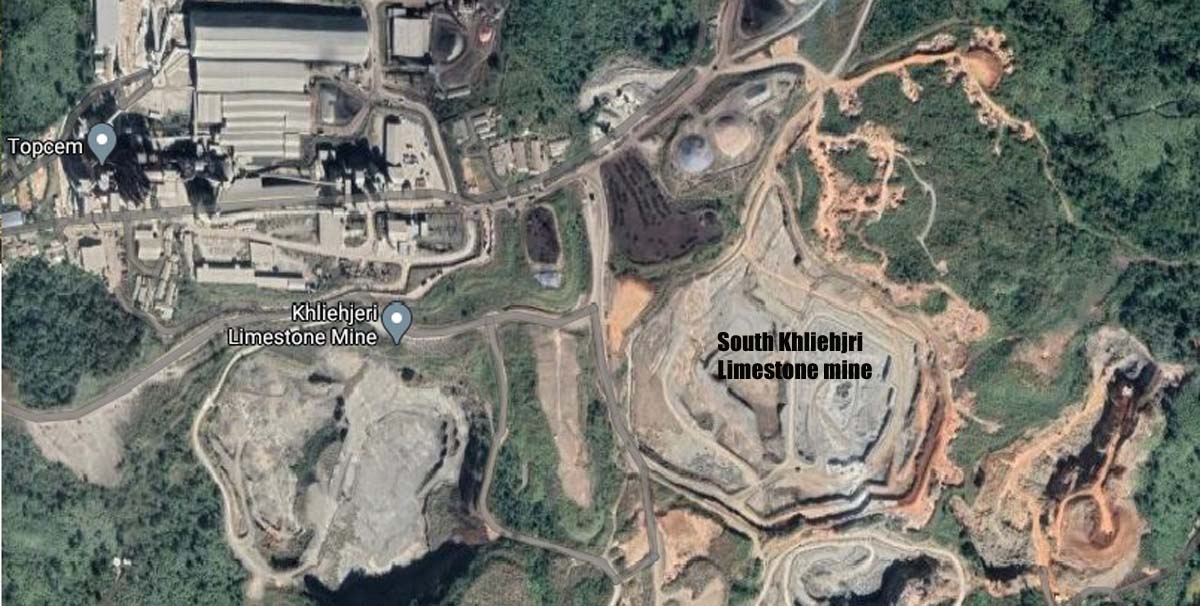 It receives water from the rivulet Lunar (Wah Lunar) and small streams draining from the Narpuh Reserve Forest and the undulating hills of the area while flowing down.

Suchiang said it is unfortunate that the colour of Lukha started to turn blue from the winter months of 2007.

“Initially, we did not understand that the change of the colour was due to pollution,” the KSU leader said. They came to know after the local fishermen started to complain about the poor water quality.

Suchiang said the aquatic flora and fauna in Lukha are badly affected because of the chemical changes in the river system.

“It is dangerous. People are scared, and everyone stopped drinking the water, and even children stopped swimming during the winter months,” the KSU leader said, adding that the colour of the water is getting darker (blue) every year.

Members of Narpuh Circle of KSU in November 2012 had submitted a memorandum to the Deputy Commissioner of Jaintia Hills district on the changing colour of Lukha.

“Unfortunately, no major step was initiated to save the beautiful river from destruction,” Suchiang said, adding that they are going to push for an independent scientific investigation as the water quality is getting worse every year.

Many studies were undertaken during the last few years to study the changing colour of Lukha river. And all the studies revealed that limestone mining activities around the area have adversely affected the water quality.

Since 2005, there has been major limestone mining activities near Umdoh and Lumshnong areas in East Jaintia hills district of Meghalaya. The area has the highest density of cement factories.

Meghalaya has around 15,100 million tones of limestone reserves, and exploitation limestone has been taking place on a large scale since 2005.

Since seasonal variation in water quality of Lukha started to emerge as a major environmental issue since 2007, locals are convinced that large scale limestone mining by Star Cement and Topcem Cement is the primary cause of the ‘mysterious blue’ water.

The tribal villagers are convinced that rivulet Lunar is highly contaminated because of the limestone mining activities by Star Cement and Topcem Cement.

Lukha is mainly fed by monsoon rain and flows in the south-west direction and later takes a southern path after rivulet Lunar joins with it south of the Khaddum village.

A study conducted by R Eugene Lamare and Om Prakash Singh of the Environmental Science Department of the North Eastern Hill University had reported that the overall water quality of the river was found to be poor and attributed it to limestone mining and manufacturing of cement in the catchment area of the river.

The water of the upstream rivulet Lunar was found to be highly acidic, with high turbidity levels, high electrical conductivity, high concentration of total hardness, calcium and sulphate in water due to pollution from limestone and cement industries.

A study by the Meghalaya Pollution Control Board (MPCB) in 2008 had also found that the Lukha gets polluted due to its tributary, the Lunar which comes into direct contact with the mixed coal and leachates and effluents from the limestone mines.

The cocktail of contaminants is so deadly that it not only kills the fish and other life forms of the Lunar river, but also those of the Lukha, the MPCB had reported.

The water in the river turns deep blue during the months of December, January and February and stays so till the monsoon when high rainfall dilutes the pollutants.

Unfortunately, the cement plants refuse to agree that they have been responsible for deadly contamination in the river systems of East Jaintia hills district of Meghalaya.

R.K. Pareek, president (production) of Topcem Cement claimed neither his limestone mine, nor the cement plant is anyway responsible for the ‘mysterious blue’ colour of Lukha.

“I can tell you confidently that we are not responsible for contamination of Lukha,” Pareek claimed, adding that local people are blaming Topcem Cement without any basis.