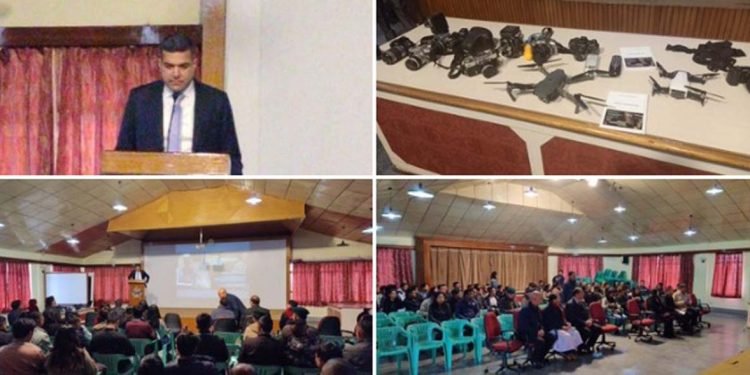 A total of 28 trainee constables of Meghalaya Police along with photographers from the CID received training on crime scene photography from experts.

A training course on crime scene photography was organized by the Criminal Investigation Department (CID) of Meghalaya Police for the first time in collaboration with the mass media department of St Anthony’s College.

The training started on February 24, concluded on Friday.

The police constables, who attended the training course, were from all the districts of Meghalaya.

Official sources said the course was conceived by the deputy inspector general of police (CID), FG Kharshiing, keeping in mind the importance that a police photographer has in a crime scene investigation.

“The trainees were trained by experts of the mass media department of St Anthony’s College on the different types of cameras and how to operate them,” sources said.

The course stressed on crime scene photography, both indoor and outdoor.

It was followed by practical live crime scene simulations in getting all the aspects that are pertinent in the chains of events in crime scene investigation, sources further said.

The course concluded with the distribution of certificates to all the trainees by the deputy inspector general of police (CID).