CRJ200 aircraft can be operated between Delhi-Umroi Airport: Zoom Air 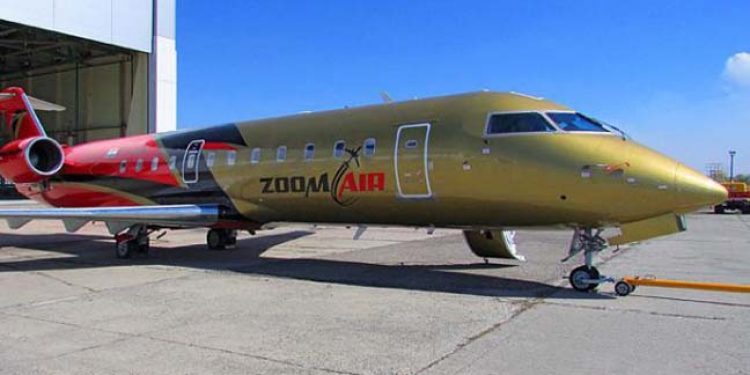 In response to an order demanding commitment to operate flight between Delhi and Umroi Airport, Zoom Air made it clear before the Meghalaya High Court that it is possible to operate CRJ200 aircraft directly between the two airports.

The bench headed by Chief Justice Mohammad Yaqoob Mir observed in its order that on reading the two affidavits filed suggest that some seriousness is exhibited and means are explored for operation of flights from Delhi to Umroi and back.

The order stated there has to be a clear commitment on the part of Zoom Air that is to have complete willingness to operate CRJ200, only then tenders will be floated.

“So the respondent No. 21 (Zoom Air) has to make a clear commitment which means unconditional commitment for operating flight CRJ200 between Delhi and Umroi Airport and back,” the order said.

Zoom Air has expressed the possibility to operate CRJ200 in its affidavit filed before the Meghalaya High Court by the under secretary to the ministry of civil aviation, Umesh Kumar Bhardwaj.

The affidavit also said that there is substantial load penalty when operating at Umroi Airport which will vary according to operational and weather conditions.

It also stated that it was the stance of Zoom Air that before commencement of operation, Safety Risk Assessment of the Airfield as per regulation is to be conducted by them and if any observation required to be made, the same is to be addressed by the AAI so as to ensure operational and safety consideration for operating CRJ200.

Counsel for respondent No. 21 (Zoom Air) while referring to the two affidavits, submitted before the court that when the tenders will be floated regarding Regional Connectivity Scheme-UDAN, then they can say with certainty whether their financial concern will be taken care of or not.

The civil aviation representative also informed that Zoom Air has been advised to conduct Safety Risk Assessment of the Airfield as per guidelines and observation of minimum operational and safety consideration of operating CRJ200 from Delhi to Shillong would be considered by AAI provided M/s Zoom Air commits to start operation from Delhi to Shillong and back.

Zoom Air was established in April 2013 by Surender Kumar Kaushik as Zexus Air. The civil aviation ministry issued it a No Objection Certificate in 2014. The airline took delivery of its first aircraft, a Bombardier CRJ200 in September 2016.