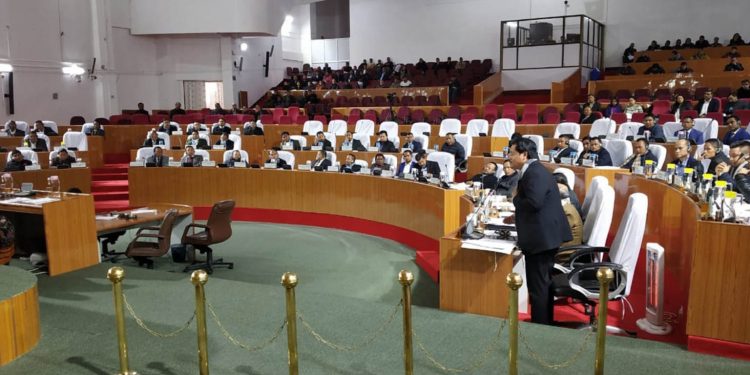 A file image of Meghalaya Assembly.

All the MLAs of the Meghalaya Legislative Assembly have decided to donate 10% of their salaries to the Chief Minister’s Relief Fund for one year.

All 60 legislators of the Assembly on Saturday pledged to donate the salaries to fight against the COVID-19 pandemic.

Assembly Speaker Metbah Lyngdoh said a meeting was convened in which deputy chief minister Prestone Tynsong and Leader of the Opposition Mukul Sangma were present.

“In the discussion today, it was decided that all the 60 MLAs will contribute 10 per cent of their salaries with effect from April 1, 2020 to March, 2021 to the Chief Minister’s Relief Fund,” Assam Tribune quoted Lyngdoh as saying.

The Speaker said that all the legislators agreed to make their contributions for the State.

“I am happy that the Deputy Chief Minister and the Leader of Opposition have agreed that this is the time to come together as legislators to see what best we can do for the entire State,” he said.

During the meeting, discussions were also held on the steps being taken by the State Government to prevent any outbreak of COVID-19 in the State.

Lyngdoh said that the State Government is putting all efforts to ensure that the disease does not break out in Meghalaya.